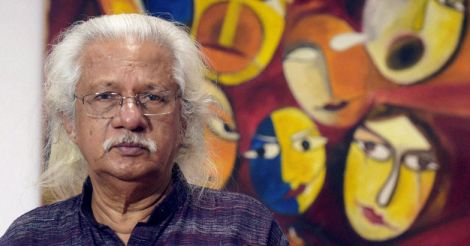 The director said he feels to have censorship in a democracy is 'silly' and such rules can only survive in dictatorship.

"I don't believe in any censorship. I don't want to be told what to do and what not to do. It is very silly in a democracy. Only under dictatorship you need censorship of any kind," he told reporters here.

"What is it that you are censoring? An opinion. But democracy functions on different opinions...," he added. 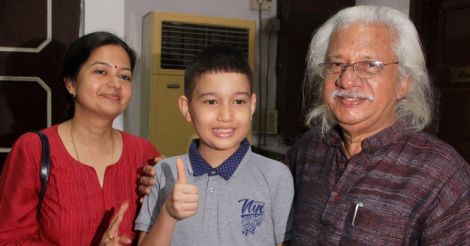 Filmmaker Adoor Gopalakrishnan with his daughter Aswati Dorge (IPS) and Grandson during the celebration of his 50 years in Indian Cinema with National Release of his latest movie 'Pinneyum', in Mumbai on Tuesday. PTI

According to the filmmaker, he was once part of a film study group, which included directors like Shyam Benegal and Ramesh Sippy, where they discussed the issue of censorship.

"There should be no censorship in a democracy. I am basically against the idea. In fact, we were all together in a committee which was studying all these issues, it was a film study group, under the chairmanship of doctor Shivaram Karanth.

"Shyam Benegal, Ramesh Sippy and others were there. Majority of us decided that we should scrap this (censorship). Then Mr Sippy said no please don't do that. We save ourselves with the censor certificate."

The 75-year-old Swayamvaram helmer said censor certificate can be used by filmmakers as a way to safely release a film during crisis.

"Suppose on the day of the release or on previous day, somebody goes to the court and if the release is disturbed, so now what helps them is the censor certificate. They can show them, that it has been censored and approved. That kind of security is being given by this certificate. 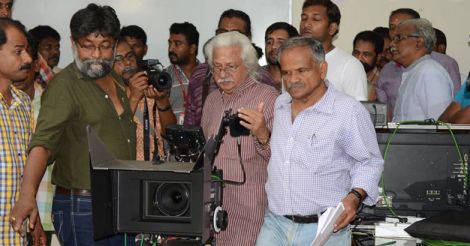 Adoor on the sets of the movie 'Pinneyum'

"But the idea of censorship doesn't stop there. That's the problem. When somebody becomes in-charge of the censor board and thinks that he has supreme authority over everyone, who makes films in this country, that means it is the misuse of what is intended by certification, it is not even censorship," he added.

"They have no business to censor any films. Even according to the rules...," the filmmaker added.

Adoor said after Sippy explained his stand, there were only two people opposing censorship in the committee.

"So when Mr Sippy explained this, there were only two people opposing. We thought the commercial cinema would want it without censors. But there are the ones who want it." 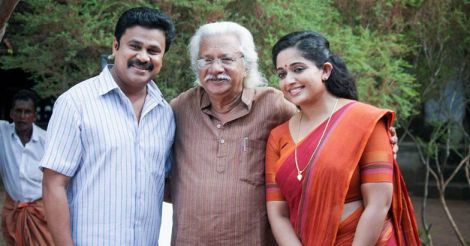 Adoor with actors Dileep and Kavya

The director also spoke about how the government must not behave 'royal' and should consult even the opposition.

"Also the majority should not think that they are the complete authority and they can behave like a government which is royal. Government has to consult even with the opposition and take decisions. Our constitution is very clear on these things," said the helmer.

The director was speaking at a press meet for celebrating his 50 years in the film industry and his upcoming film Pinneyum, organised by Gateway LitFest.

Talking about his new film, which stars Dillip and Kavya Madhavan in the lead, he said it is for the first time that his movie is getting released outside Kerala. It will be released in all metros and major cinemas.

"This movie is about human relationships, crime, family, love and the human craving for material wealth while basic human values are being sacrificed," he said.