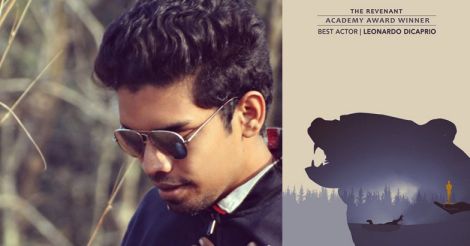 Ashiq, a Civil Engineering degree holder who bid goodbye to a career in engineering to pursue his passion

The history of movie posters as an advertising material is as old as that of the motion pictures. From the days of town-criers announcing shows by beating drums, distribution of notices and leaflets, to the first-look posters and motion posters of today, movie posters have changed in their style and complexity over time.

The fact that even the fonts used in the posters of movies like Vaisali, Chanthupottu, and Salala Mobiles could leave a lasting impression on the minds of moviegoers testifies to the influence of cinema posters on them.

Ashiq Majeed, a native of Manjeri, has taken the medium to another level by exploring an emerging, but dynamic, publicity tool called minimal poster, which is a work of art in its own right.

Ashiq, a Civil Engineering degree holder who bid goodbye to a career in engineering to pursue his passion, talks to Onmanorama about minimal posters that he believes has a huge potential to emerge as an effective promotional technique.

What have been your major influence to try your hand at minimal poster designing?

The idea is nothing new. Hollywood has been doing various experiments and trying out new ideas to tap the potential of minimal posters. Until recently, minimal posters as a publicity tool could not catch the imagination of the Malayalam industry. I had the creative urge to try it out in Malayalam when I came across the minimal poster of the classic movie ‘The Shawshank Redemption’. I felt that the simple poster succeeded in grabbing the viewers’ attention while conveying to them the essence of the movie. 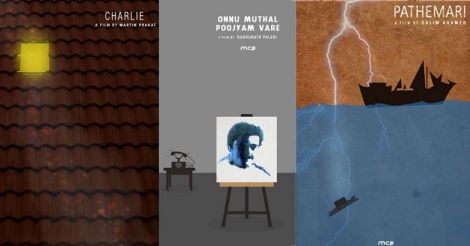 What exactly are you trying to communicate with the audience?

My attempt is to develop the central idea of a movie thematically and evoke curiosity among people. If a person could associate the minimal poster with the movie he watched, I believe my efforts have borne fruits.

How did the industry react to your works? 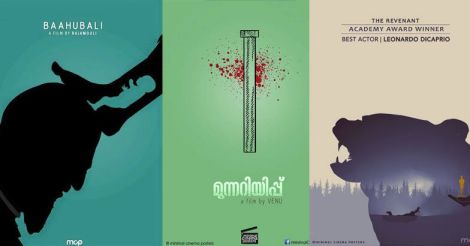 What are your personal favourites among your works?

So far, I have designed about 80 minimal posters. My favourites are the posters I designed for Ustad Hotel, Drishyam, and Maheshinte Prathikaaram. All of them fetched a good response from the industry as well as movie buffs. 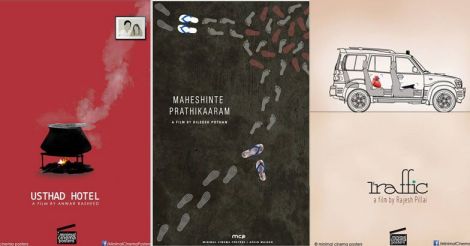 Is poster designing just a passion for you?

Designing posters for me started as a passion, but soon I got opportunities to take it up professionally. I’m closely associated with the production company, Anwar Rasheed Entertainment. The mementos for the 150th day celebrations of Bangalore Days and the 250th day celebrations of Premam were based on my posters. My latest works include minimal posters for the Tamil remake of Thattathin Marayathu and Action Hero Biju.

You design posters only after the film’s release. Any plans to change that style you follow now?

I prefer to design minimal posters after a movie hit the screens. I try to recreate a crucial scene that has made a lasting mark in the minds of viewers or the essence of the subject in my posters. Normally, I watch the movie on the day of release and design the posters the next day. The theme of the poster could be a striking scene in the movie or a subject that represents the overall tone and the mood of the film.

I had watched the original Thattathin Marayathu so many times and I knew most of the scenes by heart. So that made it easy for me to design minimal posters for its Tamil remake. 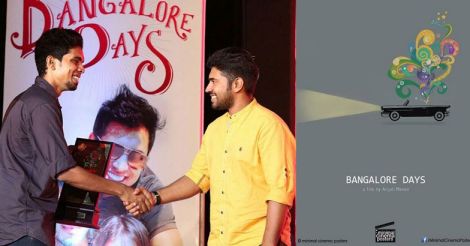 The experience was entirely different in the case of Action Hero Biju. I had to rework the posters I designed initially after the director feared the posters might fuel over-expectations about the movie.

As I said, I like to design posters after watching the movie. Moreover, the minimal posters have a longer life as it can be used for the 50th or the 100th day celebrations of a film.

How do you utilise the social media platform?

The social media is the most effective platform to advertise minimal posters. The scope of online marketing is vast and it is the way forward. Now, with Facebook rolling out proper GIF support, there are more options and opportunities. The animated GIF images that I created for Action Hero Biju and Maheshinte Prathikaaram have received good response. 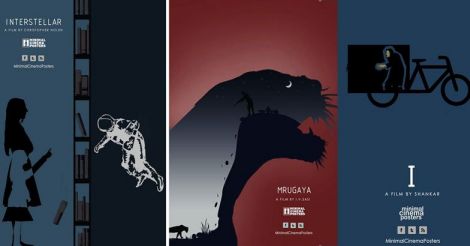 What are your future plans?

At present, I’m working as the creative head of a Kozhikode-based private firm. Though I studied civil engineering and worked as an engineer, the world of cement and iron rods did not fascinate me. I thoroughly enjoy my work now. My ultimate dream is to be a movie director, but I’m ready to wait. As part of my current job, I get lots of chances to supervise and get involved in the shootings of commercials. I believe this experience would come in handy when I finally get to direct a movie.