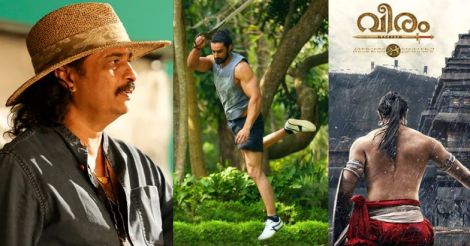 When Veeram, the fifth of the Navarasa series by renowned filmmaker Jayaraj, was premiered at IFFI Goa last year and many other events including the BRICS festival, viewers were blown over by its magnitude and scale. An adaptation of Shakespeare’s 'Macbeth', the film is loosely based on the 'Vadakkan Pattukal' (northern ballads) of the 13th century northern Malabar and Kalaripayattu, the traditional combat skills of in the region in those times. The film had won an Oscar nomination in the original song category for its sound track, ‘We Will Rise’. Jayaraj, who puts artistic value of a film well ahead of its commercial prospects, made some elucidating comments on the film, which is all set for a theatrical release on February 24. Excerpts:

Veeram is said to be an adaptation of the Shakespearean play, Macbeth. At the same time, it is plotted in the context of the ballads of northern Malabar – ‘Vadakan Pattukal.’ How do these two entirely contrasting environs blend?

Macbeth, wrote in the16th century, has been adapted for several films. After watching several versions of the Shakespearean play, like Akira Kurosova's ‘Throne of Blood’, Roman Polansky’s version of Macbeth and so on, it was so hard to miss the intensity of the powerful character that Macbeth was and its all-time relevance. So, I thought of reinventing the epochal figure in our own Keralite environment. That was the first step and thereafter, I looked for a suitable background to narrate the tale. Kurosova portrayed his version of Macbeth in the Samurai backdrop. In a similar vein, I searched for a culture of our own to implant the lore of Macbeth, and thereby hit up on the idea of Kalaripayattu, a combat technique, which is mother to all the martial art forms in the world. It was therefore decided that Macbeth could be told in the backdrop of Kalari, with its deep-rooted tradition in Kerala. When the Kalari was fixed, the idea of Vadakkan Pattukal, the 12th century ballads of northern Malabar, popped up. The character of Chandu, the central figure in Vadakkan Pattukal had a close resemblance to Macbeth, since both were manifestations of treason. So, when we had a tale of our own with an equally poignant character and an atmosphere conforming to that of Macbeth, I got stuck to the idea. In Chandu, we had Macbeth and in Kuttimani, Lady Macbeth. It then became tad easier for me to transplant the Shakespearean plot to our own backyard.

There are many other Malayalam films based on the story of Chandu, Oru Vadakkan Veeragatha, for example. How is Veeram going to be different from them?

There are several films based on the story of Chandu even before Oru Vadakkan Veeragatha, which is just one of the interpretations of the character. The Mahabharata character Bheemasenan was interpreted by M.T. Vasudevan Nair in his book ‘Randamoozham’, in the book 'Ini Njan Urangatte' by P.K. Balakrishnan, the epic character Karnan was interpreted and in Marathi writer Irawati Karve's ‘Yuganta,’ Bheeshma was interpreted. Thus, we can justify any character in any time we re-invent them. Oru Vadakkan Veeragatha was one such interpretation justifying the character of Chandu. But Veeram is telling the real history. In reality, the character of Chandu, in Vadakkan Pattukal, is a traitor. We are standing close by the history in the film.

When Vadakkan Pattukal, Kerala’s paradigm folk heritage, was adopted for the background of the film, how far do you think Kunal Kapoor, a north Indian actor, justified the lead character?

When we take up the theme of Kalaripayattu for a film, the actors in the film should have convincing resemblance to the characters they represent in terms of physique and fitness. To me, none of the Malayalam films based on Vadakkan Pattukal ever conformed to the real exponents of Kalaripayattu. They should have the form and physical expressions of the real Kalarpayattu experts. We did a long search for suitable characters, both at Kalari centers and outside. The long journey finally ended before actors Kunal Kapoor, Shivajith Nambiar, Divinaa Thackur, Himarsha, Aaran and so on. They all had the physical fitness that matched the agility of a Kalaripayattu artist. They underwent seven to eight months of assiduous training at Kalari. Otherwise this wouldn't have been possible since I had already decided that the service of no dupe will be used. Shivajith and Divinaa had spent almost a year to learn Kalaripayattu. We'll get to know how perfect they were for the roles when we see them on screen. 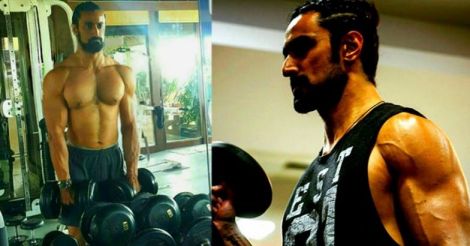 How were the Vadakkan Pattukal featured in the movie?

None of the Malayalam films, which I have seen so far, has portrayed Vadakkan Pattukal in their original slang. So, in Veeram, I made it a point to feature them in their original linguistic pattern. The beauty of different regional dialects of Malayalam is now fast depleting, thanks to the rapid strides the state is making towards economic progress and its appendage of modern life style. Dr. M.R. Raghava Warrier, a noted historian, has lent tremendous support to keep the essence of the Vadakkan Pattukal intact in the film. 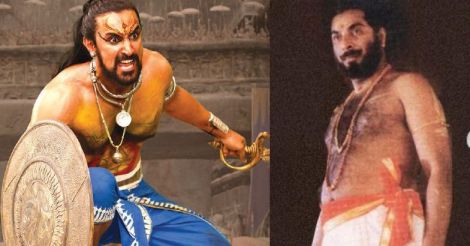 Were you at a risk of losing the original charm of the unique culture of Vadakkan Pattukal when the film was made into different languages?

In the Malayalam version, the quintessential charm of the regional language is retained. While in English, the Shakespearean dialogues are pursued in the British-Indian English language and not, say, in the American accent. When it comes to the Hindi version, it again conforms to the colloquial lingo in the rural belts, far removed from the style of speech in towns and cities. Bandit Queen fame Ranjit Kapoor penned the dialogues for the film in Hindi. 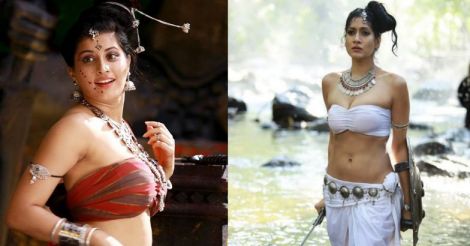 Veeram being the fifth of your Navarasa series, what are you planning next?

Now that I have completed five of the Navarasas, I long to finish the series before taking up any other project. But I haven't yet decided which 'rasa'. The first of the Navarasa series was Karunam, which dealt with old age issues, followed by Shantham that explored the plight of families of political violence victims. Beebhatsam was made in Hindi and it dealt with the subject of child trafficking, especially the male children in tourist spots like Goa. Adbhutam, made in Malayala and English, dealt with the concept of Physician Assisted Suicide (PAS). After the film Ottal had grabbed several national and international acclaims, I mentioned at a press meet that I won't be doing films with commercial interests alone, and that I would be focusing on films with artistic values. Yet, if a good subject like Ottal comes up, I wouldn’t say no.