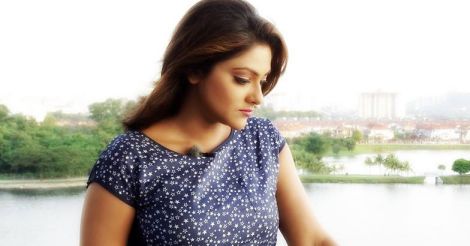 What attracted you to the show ‘Made for Each other’?

I love travelling and adventure sports and perhaps that was one reason I signed up for the show. Moreover, I believe this was the first show to be mostly shot abroad, in a place like Malaysia.

How was the journey with the newly weds?

‘Made for each other’ was like an epic journey of self discovery not just for the participants but also for me. Starting with 12 couples, the journey took shape to the finale with seven contestants.

There were a series of physical tasks as well as psychological tests. It was lovely watching the couples work together. Even on the sets, there were so much fun.

How did you feel while making a comeback through television?

I was a little hesitant during the initial days of shoot. It seemed to me that working for TV was more challenging than working in movies. In movies, you will have a script and perform as per the demands of the situation.

But in TV shows like this, it’s a different story altogether. All we got to do in TV is to be what you are. Whatever you saw in the show is the real me. You need to have a pleasing personality, entertaining and understanding your viewers. Being spontaneous and handling every situation is the requirement. In fact, Made for Each other gave me a different identity.

Your memories about 'Made for each other

'Since childhood, my memory is rich with colourful visuals of scenic beauty. And each trips are so colourful and they run like a movie in my mind. But all the trips I have made till date fade away in comparison to the one I made in Made for Each Other.The entire experience was so humbling that it made me realise different facets of life with umpteen mesmerizing moments.

Many, I should say. When I used to shoot for movies, I used to crave for a helicopter scene. A memorable incident happened in Kuala Lumpur during the show. I was told that an introductory scene would be in a helicopter. As the blades started spinning, my heartbeat started racing and the helicopter took us so high that we were close to the clouds. It was like almost touching the sky. Such were the experience and moments like that does not always come in one's life. All such moments will be etched in my memory forever.

Tags: Abhirami Mazhavil Manorama Made for each other Cinema Entertainment