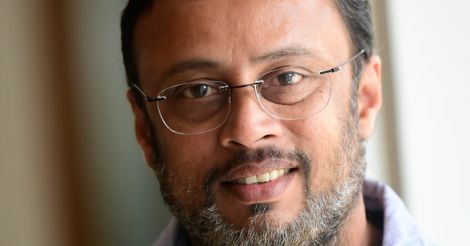 Director Lal Jose is out to promote good films. Not only is he content with seeing his movies succeed, he also wants good directors and movies with good messages to be noticed. Lens is a movie that his LJ Films has taken up for distribution with this purpose. Lal Jose talks about why the frame of Lens came to be imprinted in his mind.

Lens handles a subject that is very important in today’s internet age. This is a must see film for teenagers. At a time when children and grownups alike fall into the trap set by the lures of the internet, Lens reveals how social media influences human life.

Raja Krishnan has mixed the sound for this movie. He is the one who showed me this movie. I liked it instantly. As soon as I saw the movie, I found myself applauding. Malayali audiences should not miss such good movies. Jayaprakash Radhakrishnan has directed and also acted in the movie.

Don’t you run the risk of financial loss when undertaking such movies?

Cinema gave me everything. It is my desire to give back a little to cinema. That is how I look at this movie. Commercial films too incur loss. Losses might occur in it even as you are expecting profits. Here you could be in for a profit when expecting a loss.

It was rumored that you will take Ozhivudivasathey Kali for distribution.

I was very keen on taking Ozhivudivasathey Kali for distribution. Also, I wanted to take two more movies alongside it, Lens and Kismet. One of the reasons was that one movie’s circulation could help the other as well. Kismet will release on Ramzan. However, Ozhivudivasathey Kali would have reached theatres only after the release of these two movies. Just as we were preparing to apprise the director of these facts, Ashiq Abu and team had taken it up for distribution.

I would love to show the movie to the stars. Vineeth Sreenivasan saw the movie. I had not insisted or anything, just told him to see it if he is free. Vineeth liked it very much. The movie was released on the 17th in 25 theatres. The idea is to promote it by showing as many stars as possible.

Coming up is a movie for which Sreenivasan is writing the screenplay. It is being written as we speak. Mohanlal plays the lead in a movie that Benny P. Nayarambalam will pen. Benny is right now busy with a movie called Welcome to Central Jail.