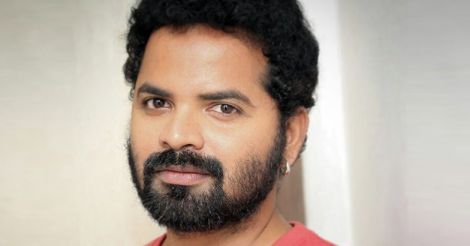 Vinay Forrt, who stole hearts of the audience as Vimal sir in Premam, is back this year with a handful of films. In the pipeline are his movies Hello Namaste and Monsoon Mangoes.

With a clutch of good movies in hand Vinay is earnestly looking forward to the New Year. Vinay who shone in the roles of the hero, villain and supporting actor in quite a short span of time opens up about the tidings of his life so far in films with Onmanorama.

Did not see Vimal sir of 'Premam' in a positive light

My unflinching belief in the director in Alphonse Puthren made me accept the role of the college lecturer Vimal in Premam boldly. It was Ciju Wilson who called and apprised me about the part. Initially I did not see that character in a positive light. But it was my ambition to do a movie with Alphonse for the reason that he is one director who gives equal importance to all the characters in his movies. He is the sole reason for all the actors in Premam to have come up with notable performances and their characters becoming memorable ones.

Java is simple is my addition

Alphonse asked me to take a class on Java before going for the take. After looking at the definitions of Java, I suggested adding the 'Java is simple' dialogue. Upon its execution, it struck me that the dialogue would work out just fine. Finally, when Alphonse shot it in a manner appropriate for the film, the beauty of the scene enhanced manifold. 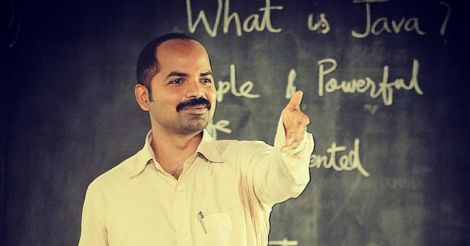 What if you could be George of 'Premam'?

I am not someone who considers any character as impossible. Prior to Premam, audiences were used to seeing me as twisted characters and doing villainous roles. But it was Premam that gave me an image makeover. The trust reposed in me by Alphonse Puthren helped mould the character really well. Challenging characters enable an actor to display diverse acting styles and aid in his professional enhancement.

Who is the prettiest actress you have acted with?

I believe more in character than beauty. I form friendships in my life going by the other person’s character. Behavioral style determines my attraction for someone. Sai Pallavi is an actress who combines all these characteristics in her. Gracefulness and integrity are two traits that make Sai Pallavi stand out among the crowd of actresses.

Vinay of the upcoming 'Hello Namaste' 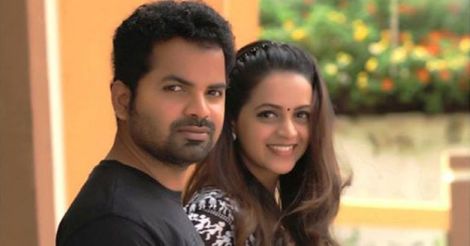 Vinay with Bhavana in 'Hello namaste'

Hello Namaste is a wholesome entertainer. The screenplay is by Krishna Poojappura. Anybody watching this movie will be able to identify with at least some of the characters in it. Hello Namaste’s subject is about dent that is often caused in relationships due to trivial reasons. I play the role of a radio jockey called Madhav, a character that can be equated with my own to some extent. Bhavana also plays a pivotal role in the film. It is my good fortune that I was able to work with a bunch of magnanimous people through this movie. Hello Namaste is also my third movie with my close friend Sanju.

What is the factor that makes 'Hello Namaste' unique?

Hello Namaste is a simple movie that cannot make a claim to anything unique. Krishna Poojappura as the screenwriter has his niche audience. As a film made exclusively for family audiences, it is believed that it will also be well received by all categories of audiences.

What is your dream character? 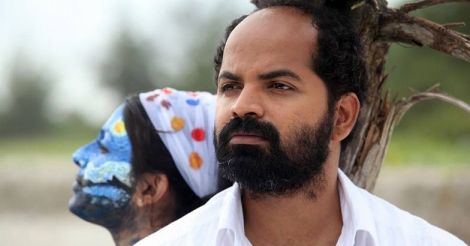 I don't belive that I am an actor of star value, says Vinay

I do not carry any particular character in my mind. The character in Shutter was the most powerful and dearest to me among all my characters. However, I doubt whether my acting in it got the deserved attention. As an actor, I was noted by the common cinema-goer through Premam. I do not believe that I am an actor of star value. Like any actor, I also try to do good cinema and several diverse characters and be part of commendable teams.

The goal is to be a good actor

I do not like to categorize myself. It is my goal to go beyond all those definitions and be a good actor. I want to do roles and movies that excite the audience. I give importance to movies far removed from commercial cinema for that reason. Godse directed by Sherry Govindan is such a movie. The character in Godse is entirely different from any other character I've played so far. It is more promising than my character in Shutter.

Factors to look for when choosing characters 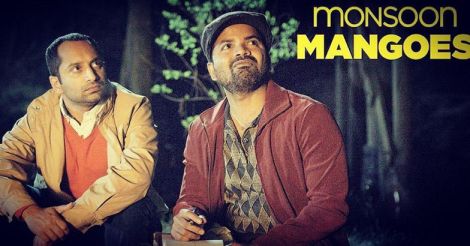 Poster of the movie 'Monsoon Mangoes'

I do not look for any such particular factor. I mostly choose a character based on the script. The team matters too. Abhi Varghese who earned fame through Akkarakazhchakal is the director of Monsoon Mango. The movie will be a wealth of amazing sights for the Malayali viewer. It’s a totally different kind of film.

I have taken New Year resolutions often in life but have seldom lived up to them. Things that happen in life are mostly spontaneous. It is important to be prepared for everything.

Christmas and New Year are major occasions for celebration for us Fort Kochiites. This New Year, my friends and I went to a video shoot for Manorama Online’s new project '360 Degree Virtual Tour'. The event was very interesting and adventurous. I was glad to participate in such an event representing our land.