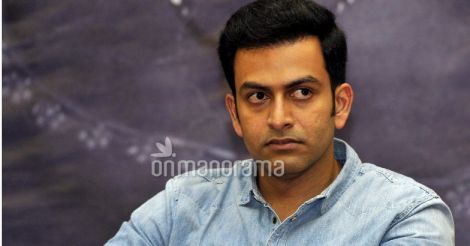 ''Fanboy for life...dear friend...fanboy for life!'' Prithviraj Sukumaran's message went from phone to phone in the aftermath of the shocking attack on an actress and the controversies triggered by the crime. The actor stood by his colleague like a rock and even declared that he would no longer ''let disrespect for women be celebrated in (his) movies''.

Prithviraj's remarks stood out as a beacon of hope amid the cacophony that sometimes bordered on misogyny. The actor was suddenly a real-life superhero. Speaking to Onmanorama, Prithviraj says there was nothing heroic in his statement.

Were your comments a kneejerk reaction?

I have shared my angst about mistreating women to my close friends and colleagues several times. I was worried about this trend for a long time. To me, my mother is the ultimate woman. She raised us single-handedly after the death of our father. That may be one reason for me to think like this. I was also pained by my colleague’s experience. I felt like jotting down this.

This is not the first time women are being insulted

Yes. Those reports were pieces of news because I did not know any of them. We forget about them after a couple of days. But this came as a blow to my head. That’s how we react when something happens to our dear ones. May be I was being selfish but this was more painful for me. I wanted to express that pain.

This girl sought legal help and that was a victory for all of us. Her courage may prompt other victims to come out in the open. If a celebrity can do this, why not me, they might think. If each of them thinks like this, women will be safer. We have to thank her for her outstanding courage. She risked her life in exposing the perpetrators of the crime. She knows very well that her decision might haunt her for life. Still she stood up for all the women. 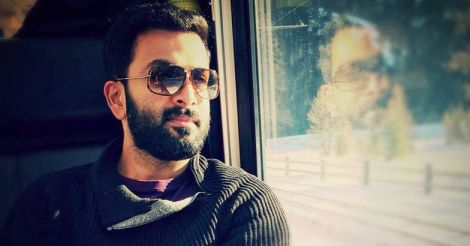 Has your reaction made you stronger?

I read a lot. My reading and my experiences might have made me stronger. But I have never bothered about society’s reaction to my remarks. I do not intend to. I have said what I wanted to. I do not expect others to follow my suit.

You do not have to be strong to say what’s on your mind. You just have to feel that way.

You have said that you will no longer act in movies that insult women.

There is nothing wrong in playing someone who mistreats women. But you have to show it as perverse behavior. Disrespect for women should not be considered heroism anywhere. Women deserve respect be it in movies or life.

I did not say that I will not play any role that disrespects women. I will do it if the character demands it. But that should not be considered heroism or the movie’s message. That should be a negative character. Those characters should never be justified. I will not do it. I do not want any role that celebrates disrespect for women and considers that as a man’s right. 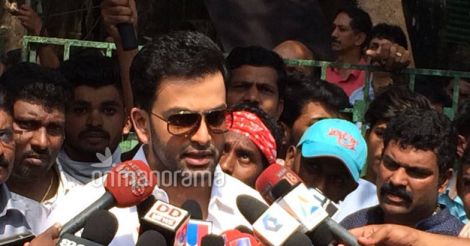 Will this make a difference?

Not necessarily. It is easy to put up a post on social media to vent your ire. I did not want to just do that. I did what I can in my field of work. This was not meant to appease anyone. I did what I thought was right. Anyone could do it. There is nothing heroic in it.