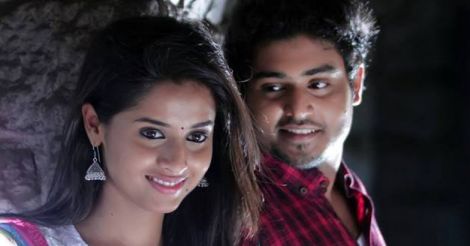 "...If two kiss the world changes," the poet said. Sure, the world changes, especially if the kiss comes as a shocker to the kissed. And what if the kisser is a college student, a man, and the kissed is an eccentric gangster, another man. The world around not only the two, but also a thug-duo, a cop and many more changes.

Mudhugauv, the début film of director Vipin Das and star-kid Gokul Suresh evolves around such a kiss. The film, an attempt to imitate a gangster spoof, offers some light moments for those who are willing to keep their brain out of the cinema.

The base of the story is a bizarre habit of an youngman. Bharath (Gokul) kisses those around him, no matter whether he/she is familiar or strange to him, in moments of tension or excitement. Obviously, the moment Ganga (Arthana), an arts student, accepts his proposal after days of his playing a cute Romeo is all about excitement. And in the excitement he kisses Rambo aka Ramakrishnan Bonakkad (Vijay Babu) on the road, -- a kiss that would leave the gangster with a urinal bag for the rest of his life! Don't let your imagination go wild, do watch the film if you want to know more about the nearly-deadly kiss. 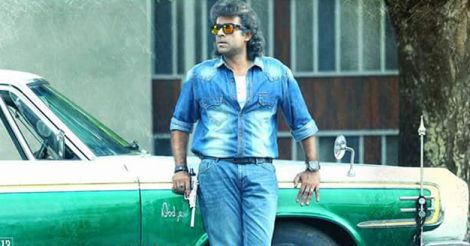 The rest of the film is all about Rambo's chase for Gokul, though the latter has no clue about it. The chase becomes a complex, yet loosened affair as two clown-like thugs (Soubin and Kanaran Hareesh), a CI (Baiju) and his tippler father-in-law(Indrans), who are already in the scene, get more engaged in it.

Meanwhile, the cupid plays all he could between the young couple leading the love affair to a pregnancy test. The film ends on an everything-is-set-alright note through quiet expected moments. 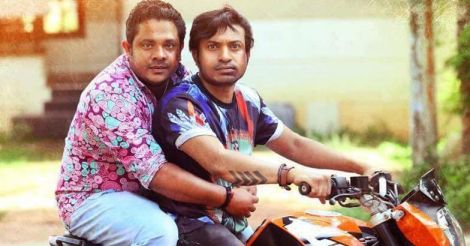 Sandra and Vijay Babu deserves applause for keeping the spirit of the wanna-be-filmmakers by constantly encouraging young film-makers who come up with daring subjects. While the loose plot fails to keep the audience engaged in the beginning, the film offers some moments of laughter in the second half, especially towards the end.

Goukul and Arthana play the innocent young couple in a convincing manner, though it becomes evident at certain points that both could have done better had there been some good grooming sessions. Gokul's smile, innocent looks and dialogue delivery need to be mentioned. 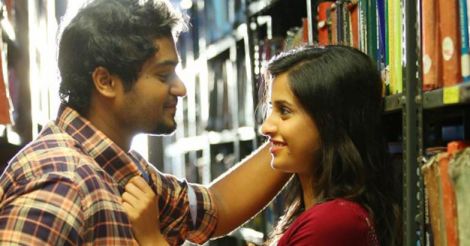 Soubin and Kanaran Hareesh offer some good moments of comic relief with their all-nonsense acts.

Rahul Raj's music, Kugan S Pillai’s cinematography and Lijo Paul’s editing go well with the theme. For those who don't expect much action from the début film of Malayalam's all-time action hero, Mudhugau could be a one-time watch.