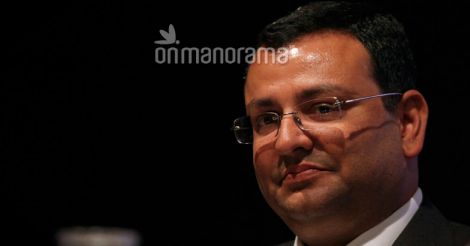 New Delhi: In a strong rebuttal to ousted Tata Group chairman Cyrus Mistry, former vice chairman and MD of Tata Steel B. Muthuraman Wednesday said buying Corus was a well thought out decision and the acquisition price was only 50 million pounds higher than the next bidder.

Amid the ongoing war of words with Tatas since his ouster last month, Mistry had claimed Tuesday that Ratan Tata's 'ego' led to 'overpayment' for UK steelmaker Corus.

Muthuraman, who was the head of Tata Steel when the acquisition was made in early 2007, rubbished the remarks as "frivolous and unconsidered comments", saying he was surprised and very sad at "the speculative and biased views".

Mistry had stated that some board members had reservation to Ratan Tata pushing for the acquisition of Corus for more than USD 12 billion, as a year earlier it was available at half that price.

"The long term strategy of Tata Steel was well thought out after a lot of deliberation to grow the company through capacity expansion in India and internationally through inorganic growth.

"The overseas growth strategy was also to focus on accessing new markets through acquisitions, enhance the technology capability of the company and develop high end premium products," Muthuraman said in a statement.

Giving reasons for the acquisition, he said following the successful acquisition of NatSteel in Singapore and Millennium Steel in Thailand, Corus Group plc provided "a natural fit for the portfolio especially since the Netherlands facilities which is the gold standard in competitive positioning were part of the asset perimeter".

The Board of Tata Steel, he said, was "deeply involved" in all the deliberations and approved the transaction.

"The value of Corus increased since the initial bid in line with the commodity price boom, its underlying performance and the transaction process," he said, adding that the acquisition was through a transparent auction process managed by the takeover regulator in the UK.

The price paid by Tata was just "50 million pounds higher than the next bidder", he said.

But the sudden and unprecedented scale of the global financial crisis in 2008 had "a very significant adverse impact on the industry fundamentals in Europe which also impacted the performance of Corus", he added.

Tata Steel also came out with a strongly worded statement dismissing as "unsubstantiated" allegations about Corus acquisition saying the transaction was extensively deliberated and approved by the company board.

"The acquisition of Corus Group Plc was based on the long term strategy of the company to pursue growth through international expansion and enhance the portfolio of value added products," it said