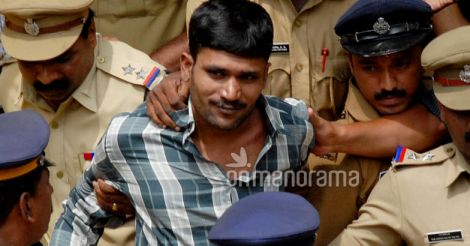 Thiruvananthapuram: Kerala chief minister Pinarayi Vijayan and law minister A.K. Balan said that a review petition would be filed to challenge the Supreme Court verdict in which Govindachamy, alleged murderer of Soumya, was spared the gallows.

Minister Balan is leaving for New Delhi and will hold talks with legal experts there about filing a review petition, Manorama News reported.

The CM said Thursday that the verdict contradicted logic and would make anyone who values humanity concerned. He said that all measures would be taken to console the mother of Soumya and ensure that all her concerns are being heard.

Pinarayi added that the government is duty bound to deal with the verdict without any loopholes and that would be done as soon as possible.

Minister A.K. Balan said that lawyers appointed by the government had not weakened the case. He added that the abilities of senior advocate Thomas P. Joseph would stand scrutiny from any quarter. If he had been moved from his post before the verdict was issued, then people would have criticised that move, he added.

A revision petition is the next possibility for the government to ensure that Govindachami is brought to book. If that move fails, and if there is enough reason to fight the case, a curative petition can be filed.

The review petition would be considered in the chamber of the judges who passed the verdict. If sufficient grounds are found to sustain a review petition, it would be taken up for arguments in the court.

In the case of a curative petition, which could be filed if a review petition is rejected, a panel of three senior-most judges and those judges who passed the first verdict would be involved in the review of the verdict.

The Supreme Court has identified the following situations to consider a review petition:

» If evidence that was not known to the appellant, or which could not be presented earlier, is now available

» If the verdict can be proved to have glaring mistakes

» If there are other sufficient reasons

» However, a review petition cannot be considered if:

» Arguments presented earlier, during the course of the case, are to be re-presented once again

» If mistakes pointed out are insignificant

» A review petition can be filed only if it can be proved that the verdict that is being challenged would lead to denial of justice. It is not a measure that reviews the first verdict as such.

A curative petition, to be considered, would require the appellants to:

» Prove that natural justice was denied

» Prove that the judge involved was partial