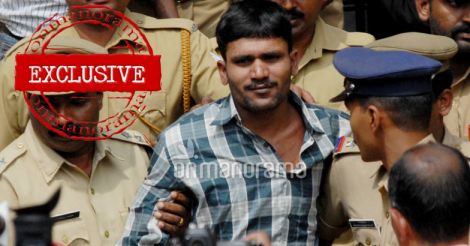 Kottayam: The alleged links of Govindachamy, whose death penalty in the Soumya case was commuted by the Supreme Court Thursday, with the Mumbai underworld still remains a mystery.

A series of unanswered questions have been circulating in various circles of the society about how a vagabond like Govindachamy managed to get legal assistance from a prominent law firm in Pune or who offered to arrange for a lawyer to fight the sensational case.

There were clear indications that he was part of a notorious theft ring operating in moving trains on the route between Chennai and Panvel in Maharashtra. It is said that Govindachamy, the lone convict in the case, had the support of this racket which ensured a prominent lawyer’s involvement to defend him.

Govindachamy said to be a key member of the Panvel-based inter-state robber gang. According to sources, soon after he was arrested in connection with the rape and murder of Soumya, two of his Tamil-speaking friends in Panvel had approached a law firm in Pune and sought legal assistance to help him fight the case.

Some shocking revelations had been made after the arrest of four members of the gang believed to have close ties with Govindachamy by the Railway police in Panvel in June 2011.

The ring maintains a proper machinery to provide legal assistance through a team of top lawyers to the members of the gang who land in police net. It is said that they are well-funded to meet the legal expenses for pursuing such cases.

The rape and murder of 23-year-old Soumya had triggered widespread protests across Kerala and the country and debates on safety of women passengers. Though immediate steps had been initiated to ensure safety of passengers and prevent thefts in moving trains, similar crimes continued unabated.

The South Indians of the Panvel-based gang robbing train passengers are known to be adventurous and intelligent. Like Govindachamy, most of them are cold-blooded criminals who will go to any extent to loot passengers.

Panvel, known as the gateway to the Konkan region, is a major junction for all the long-distance trains passing through Mumbai. It is the most populated city in Raigad district in Maharashtra. One of the busiest railway station in India, Panvel is an ideal place for criminals to indulge in such illegal activities.