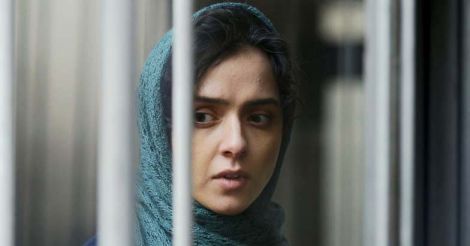 A still from the movie 'The Salesman'

Los Angeles: The female lead, Taraneh Alidoosti, of an Iranian drama nominated for this year's Oscar in the best foreign language film category has said that she will boycott the February 26 ceremony over US President Donald Trump's expected decision to impose visa bans on Iranians.

The Iranian actress takes a central role of Rana Etesami in Asghar Farhadi's The Salesman, which is a story about a couple whose relationship is thrown into disarray after an intruder surprises her in the shower.

Alidoosti said she considered the blanket ban on her fellow countrymen to be 'racist'.

"Trump's visa ban for Iranians is racist. Whether this will include a cultural event or not, I won't attend the #AcademyAwards 2017 in protest," she tweeted.

However, Farhadi, who won the Oscar in 2012 for "A Separation", and his male lead, Shahab Hosseini, have so far not spoken about whether they plan to attend the awards ceremony.

Trump's visa ban for Iranians is racist. Whether this will include a cultural event or not,I won't attend the #AcademyAwards 2017 in protest pic.twitter.com/CW3EF6mupo