Why are rabies deaths still occurring? 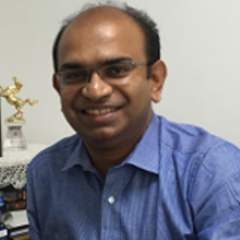 Among nearly 1.2 lakh people who were bitten by dogs in Kerala in 2022, there have been 18 deaths due to rabies. Every year, approximately 20,000 deaths occur in India from rabies. Most cases of rabies occur from not receiving the recommended treatment following a bite or scratch from an infected animal. However, a few among these 18 deaths in Kerala occurred despite the individuals receiving medical care, including rabies vaccination. This has created considerable anxiety among the public. It is understood that investigations are ongoing.

This article addresses the potential causes of apparent treatment failure after a bite occurs, from a review of similar cases previously published in scientific literature worldwide. Guidelines for rabies vaccination have been published by NCDC India and will not be repeated here. Measures for prevention of animal bites are beyond the scope of this article. References are hyperlinked in the text.

To fully understand the factors involved, a few basics have to be first discussed.

Most cases of human rabies are caused by dog-bite. Viruses from an infected dog’s saliva are deposited in an open wound. Next, they enter the person’s nerves and slowly find their way to the brain and spinal cord. The speed of travel along the nerve ranges from 5-100 mm per day. Depending on the conditions, the virus takes several days to weeks to complete this journey. Once it reaches its destination, symptoms of rabies appear, and death is certain.

Human rabies carries a 100% mortality rate. No cure has been invented for rabies.

Thus, available treatment measures essentially involve preventing the virus from reaching the brain and spinal cord. Failure at any step could mean the difference between life and death.

There are 3 important steps in the treatment of a dog-bite.

The first, and perhaps the most important, is washing all the wounds in free-flowing water for at least 15 minutes, using liquid soap. Unlike washing hands after a meal, this is a deliberate and effective method to remove and kill the virus before it gains entry into the nerves nearby.

The rabies virus has an envelope made of fat. This protective layer can easily be disrupted by any soap, instantly killing the virus. The same principle is used while washing off oil stains from our fingers using soap. Therefore, the washing process must be given due seriousness and carried out meticulously. Additional cleaning may be done using povidone-iodine, if available.

These are readymade anti-rabies antibodies, injected directly into the open wound after first-aid. These antibodies instantly bind and destroy any remaining virus in the area, further reducing the chance of viruses entering the nerves nearby.

Injecting the rabies vaccine intradermally or intramuscularly helps generate an immune response in the body. The response occurs in about 7 days, while the virus is still travelling, minimising any chance of the virus reaching the central nervous system (CNS).

However, once the virus has already reached the brain or spinal cord (CNS), the antibodies circulating in the blood are unable to eliminate it. This is because these large molecules cannot cross the blood brain barrier that protects the brain and spinal cord. The earlier the vaccine is taken, the better the chance of preventing the virus from reaching the CNS. Hence there should be no delay in taking the vaccine following a bite.

What could be the reasons for apparent failure of treatment?

Just as a chain might break at several weak points, there are quite a few mechanisms by which undesirable outcomes could occur in spite of treatment for rabies. Deaths are not necessarily due to faulty vaccines, and the exact reason can only be uncovered through a systematic investigation of each case.

The following are compiled from reviewing world scientific literature, and do not specifically refer to the recent deaths in Kerala.

Deep bites in areas rich in nerve supply such as the face and hand make it easier for the virus to invade nerves. In 2015, a five-year-old girl died in Chandigarh despite receiving treatment at a premier institute. She had severe facial wounds caused by a rabid dog bite. A 33-year-old man died in Thailand following a deep bite involving the nail bed of his thumb, in spite of receiving immunoglobulin and vaccine. Similar cases are described in a 2007 study of rabies deaths occurring despite medical treatment.

Some dog-bite victims suffer several wounds. As the virus is able to enter through multiple sites, these cases involve greater risk, and require extra attention.

A bite on the leg involves longer travel distance to the brain and spinal cord. This gives our immune system plenty of time to overpower the virus during its journey. But a bite on the head or neck is like a shortcut for the virus to reach its destination faster. For example, a six-year-old boy in Tunisia died of rabies after suffering bites on his face, despite receiving vaccine and immunoglobulin.

For obvious reasons, any delay in this critical first step makes it easy for large numbers of viruses to enter the local nerves and start travelling in a central direction. This is like a goods train moving slowly along a long railway track to the main station. Our best bet is not allowing the train to start its journey.

A study from NICD India done in 2001-2002 showed that about 40% people did not wash the wound before coming to hospital, and that only one out of six centres studied were routinely performing wound washing.

For various reasons, people may not visit a hospital at all, or sometimes do so after an initial delay. Vaccine hesitancy and lack of awareness have been documented in several countries. A study from Bangladesh showed that 59% visited a traditional healer first. In India too, numerous deaths have occurred from rabies among people who failed to seek medical attention. A commonly stated reason is that the bite came from a pet dog or a puppy.

Cat bite and scratch have also resulted in deaths from rabies. Cats frequently lick and clean their paws, and therefore the claws of an infected cat could contain the virus.

6.       Unavailability of vaccine or immunoglobulin

Dog bite is a common problem in India. Hence it is possible for the nearest health facility to be out of stock for vaccine or immunoglobulin when the incident occurs. This necessitates further travel, also creating a delay in administering these medications.

An audit of patients with rabies from several states in India from 2012-14 revealed that all but one were the result of inadequate or no postexposure prophylaxis. The paper says that the use of RIG (immunoglobulin) was abysmally low, as reported in an earlier WHO paper from India in 2006. Similar observations were reported from Pakistan.

Vaccine is administered either intradermally or intramuscularly. The former requires greater expertise. An intradermal injection involves passing a fine needle just deep enough to enter the top layer of the skin. A correctly delivered injection will raise a swelling on the skin resembling a mosquito bite. But if the needle is pushed in too deep, then the vaccine is delivered into a loose layer of fat beneath the skin called subcutaneous tissue, which also means that the vaccine will not work as expected.

Injecting immunoglobulin into the open wound also requires expertise. The medication has to enter and stay in the tissues, without leaking out. The dose is calculated by body weight, and not by severity of injury. Therefore, it needs to be evenly distributed across all the wounds.

Gluteal injection is not recommended for rabies prevention because the presence of fat could reduce absorption. Example: Instead of getting immunoglobulin injected directly into his lip wound where a dog bit him, a 41 year old man from Thailand received it in his buttocks. As a result, he did not receive protection from local action of antibodies at the wound site. He developed rabies within 14 days and died two days later. Similar instances have been reported from India.

In cases where the victim suffers multiple bites, it is important to treat each site with the same level of care. If a wound or two are missed out, that gives the virus a chance to enter the nervous system. In ancient battles, all gates of the fort were to remain closed, as any open gate- or even a side door - would allow the enemy to enter, potentially resulting in defeat.

A person who dies during the weeks following a dog bite need not necessarily be a victim of rabies. Death from other causes can sometimes be presumed to be rabies. Clinical profile and laboratory findings will help differentiate such cases.

There are reports from China of rabies deaths occurring as a result of counterfeit or fake vaccines. A woman from Anhui province in China was sentenced to prison in 2016 for selling fake rabies vaccines, resulting in the death of a person. Similar instances involving fake rabies vaccines have been reported in the past from India (2002) and more recently from the Philippines (2018).

Vaccines and immunoglobulins have stringent storage requirements that need to be maintained continuously from the point of manufacture, until close to the time of administering.

For instance, immunoglobulin needs to be stored between 3 and 8°C and should not be allowed to freeze. If the product was kept in a freezer by mistake, it could lose its potency.

Rabies vaccines need to be kept between 2-6 °C. A comprehensive paper on rabies from Pakistan specifically describes power blackouts in the early 90’s that could have disrupted the cold chain, a problem in several developing countries.

In summary, rabies occurring in spite of vaccination is extremely rare, but could result from problems at multiple levels. Published studies find that excessive viral load from multiple and deep bites, wounds on the face, failure to do early wound washing, delay in seeking medical care, missed wounds, failure to give immunoglobulin into the wound, inadequate injection practices, low potency vaccine and deviation from protocols are potential reasons.

It must be emphasised that the presence of a risk factor in an individual case does not imply that the outcome will be poor. However, awareness of these key aspects will help improve standard of care for people who suffer dog bite.