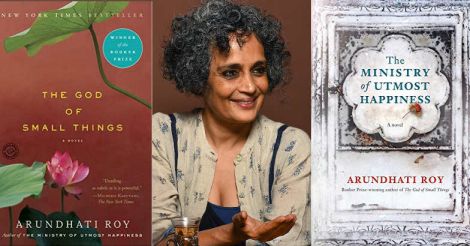 Both The God of Small Things and The Ministry of Utmost Happiness carry the distinct stamp of Arundhati Roy.

I got my copy of Arundhati Roy's The Ministry of Utmost Happiness the very next day it was released in India. It took me (for many reasons) almost two months to read it, and ever since I've been wondering if I should write a review of the novel or a note about the experience of reading it. What follows is perhaps neither, but this is what I really want to say.

This novel is unabashedly political and too polemical for comfort. One wonders now and then if it's a novel or an ideological tract that one is reading. The third chapter titled 'The Nativity' is a case in point. While a very poetical epigraph by Pablo Neruda ("In what language does rain fall over tormented cities?") precedes it, the whole chapter is a restatement of the recurring themes of her non-fiction writing of two decades – such as the disconnect between the emerging superpower of a nation and its poor people, or the conflict between the aggressive nationalist mainstream and its radical Other (whether in the bylanes of Kashmir or the jungles of Chattisgarh). Political satire gets to a new level (low, some would argue) with such phrases as 'The Trapped Rabbit' and 'Gujarat ka Lalla' directly referring to two successive prime ministers. She doesn't spare Anna Hazare either. 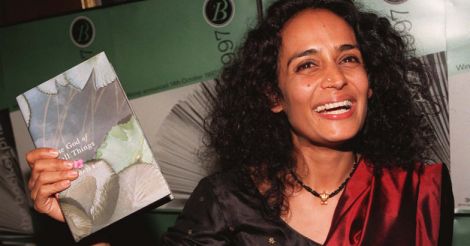 Arundhati Roy's first novel, The God of Small Things, had a good measure of Malayalam words, phrases, lines and even snatches strewn all over. Photo: Getty Images

There's an evident inclination to cater to a global readership all through the narrative. How else does one justify the careful and detailed translation of every non-English word, phrase or expression given in the text (including hardcore expletives) as also the documentary description of circumstantial details? And this regularity of translation (insistence, rather) gets on the nerves of the average Indian reader. Remember, she didn't bother to do any of this for her first novel, The God of Small Things, which had a good measure of Malayalam words, phrases, lines and even snatches strewn all over. (Yes, in Malayalam and not in Hindi or Urdu). Perhaps she wrote the second novel for her global readers as a fictional statement about contemporary India.

Babas, black sheep and the excesses of the faith industry

The optics of justice

There are memorable characters - Tilo, Musa, Anjum and a few others - with interesting subplots of the human story, but they are all sidelined by the overwhelming political/historical leitmotif of the narrative. Of course, one finds flashes of brilliance throughout the novel. There are several beautiful sentences, observations and figurative expressions, which carry the distinct stamp of Arundhati Roy all over. Her predilection for similes is still evident (one finds it right from the opening sentence, "She lived in the graveyard LIKE a tree"). There's indeed plenty here for the fans of her prose. While the charm of her exquisite idiom is still intact, it does appear rather stretched and strained at times. The similes are fewer and mostly less imaginative than they were 20 years ago. Overall, the book fails to evoke the magic of her first novel. 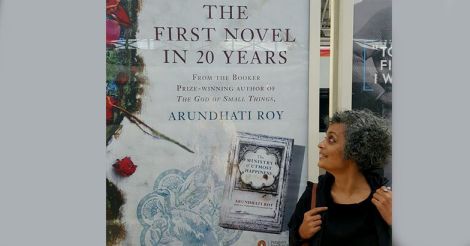 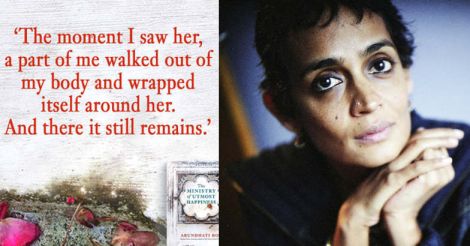 The novel - The Ministry of Utmost Happiness - is crafted by a literary queen who has pushed herself into a global ethical platform. Photo: Getty Images/FB

Of course, it's still an important piece of political fiction and therefore deserves to be (and will be) read by anybody who is interested in either politics or fiction. Perhaps some readers will be disappointed if what they waited (two decades) for is a repeat, if not an improvement, of the charm of the first novel.

All news headlines and fan-pages have highlighted "Arundhati Roy's return to fiction after twenty years." On reading The Ministry of Utmost Happiness, one recognizes its ironic implication. Perhaps, this is what happens when a writer returns to fiction after writing (political) non-fiction for 20 years.

×
Tags: A Guest for Arundhathi and Other Stories
OUR PICK