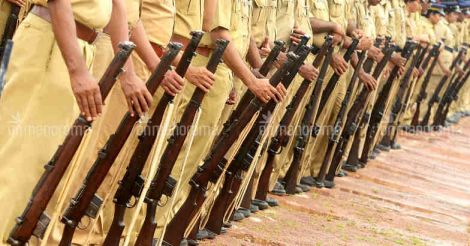 What Kerala needs in the short term is not President’s rule, but an effective and disciplined police force.

When the managing editor of a national television channel called me up the other day, I thought that it would be for an odd byte on Trump, Doklam or Kim. But when he said that it was about the situation in Kerala, I said that I would not like to speak about internal affairs, because my expertize, if any, was in international affairs. I did not tell him that my five years in higher education had taught me the lesson that it is safer to pontificate on global issues rather than on things like education in Kerala.

I said that the level of intolerance in certain circles in Kerala has grown so much that even ideas are countered with violence. Ideas are demonized by the intellectuals and then functionaries take over, using violence to quell initiatives and innovations. But when he told me that the theme of the discussion was the growing intolerance in the state, I caved in. I did not realize that his intention was to bark up the wrong tree for the solution of an altogether different problem.

When rich neighborhoods reek of hypocrisy

The first ambassadorial house I moved into was in...

Diplomatic homes away from home

This is the first of a three part series on life...

On the studio floor, I saw familiar faces like V. Muraleedharan of the BJP, K.N. Balagopal of the CPM, Rahul Easwar, who was described as an author, and the inimitable D. Babu Paul, who was described, together with me, as a “public intellectual.” As the debate began, it was apparent that the anchor had a different agenda altogether. He had come all the way to Thiruvananthapuram with the conviction that he must deal with the grave situation in Kerala, which had turned from “God’s Own Country” to “Killing Fields” - an expression, which was used for war-torn countries like Vietnam and Cambodia. The trigger was a statement by an RSS leader that the situation in Kerala was so grave that he would not fault anybody who demanded President’s rule in the state, in language couched in hypothetical terms.

The anchor went on to provoke the leaders of the CPM and the BJP to engage in a fierce battle of words as to who was killing whom. The BJP alleged that the killing of an RSS worker was the beginning of a bloodbath like in Kannur and it should lead to a drastic action like the imposition of President’s rule and the CPM began defending the Pinarayi government as though it was on the verge of dismissal. The ghosts of Vimochana Samaram wafted in and the three non-political participants sat in total disbelief. We had not even thought that a calamity was just about to descend on Kerala so soon.

When my turn came, I was introduced as someone who had seen the world and now settled in Kerala and was asked whether the situation in the state was comparable to anything I had seen elsewhere. I said that my concern was not about mutual killings by political parties, as long as they confined to their own cadres, but the general atmosphere of violence, arising out of the crumbling of social cohesion in the state because of intolerance of well-intentioned actions and thoughts of change, alcoholism, sex crimes, influx of workers from other states and absence of male family members in households, who are away at work for long periods.

The anchor, worried that my intervention had upstaged the whole agenda and structure of the debate he had built up with the help of party spokespersons, turned to Babu Paul and Rahul Easwar for help. But they shared my thoughts with their own characteristic eloquence and demolished the killing fields theory further.

The political leaders went on to argue between themselves as to who killed more and whether the killing of the RSS man would justify the imposition of President’s rule even before Pranab Mukherji left the Rashtrapati Bhavan. The anchor fueled the debate further by showing clips of demonstrations by the BJP and the CPM, threatening each other to kill more. The Congress was conspicuous by its absence in the whole show. Another anchor kept reporting from Kannur on the killing fields there after speaking in broken Malayalam to a couple of widows.

This particular debate on a national channel was the clearest demonstration of the North-South Divide, which seems to widen even as the BJP and its allies are out to capture the South. How easily did an eloquent speech by a BJP member of Parliament, in which many Malayalam names were mispronounced, and an RSS leader's comment about President’s rule set the Ganges on fire! Anyone who would have cared to understand the rudimentary aspects of Kerala politics would not have jumped to the conclusion that the state had become a killing field overnight and it was time for the Centre to jump in.

In actual fact, as I hinted during the debate, Kerala is in a deep crisis and the killings and other atrocities prevalent in the state are a symptom of a deep-seated malady, which cannot be attributed to any particular political party. The cancer of corruption has only aggravated in recent years, despite the many crusades, often mounted by corrupt politicians and officials.

One cumulative effect of the corruption in society is the unwillingness of people to make sacrifices for the common good. Any sacrifice that a person makes for his family turns out to be meaningless when the benefits of his hard work do not go to his children but to the corrupt, who makes hay while the sun shines. Consequently, there is a prevalent cynicism in the society, which makes the fight against corruption appear futile. Even the political parties who claimed to be above suspicion, like Caesar’s wife, were exposed and no one seemed to be in a state of shock over the affair.

Alcoholism in Kerala is a result of poverty, not prosperity as in some other societies. Poor people resort to alcohol as a legitimate form of entertainment, which their families encourage till the long-term effects of alcoholism become evident and tragedy strikes. The quest for greater kick and lack of availability of quality alcohol push them to poison and death by drinking. The state needs the revenue and an economist argues that it is the habit of the workers to spend a percentage of their earnings on alcohol and that the government is able to give subsidies for food grains!

Sex crimes in the state have grown at an alarming speed and their gruesomeness and the nature of the victims should shame any civilized society. The social fabric itself is fraying at the edges because even a father or grandfather is not trusted with girls anymore. Girls are also encouraged to be watchful about the elders and mothers stand vigil to safeguard their daughters’ virginity. Sex is a strong instinct and when there is no legitimate way to get it, human beings become blind in their pursuit of sexual satisfaction. If there were more avenues for mixed entertainment, and morality was not so hypocritical, there would have been fewer sex crimes against children and old women. In many societies, which are open and maintain supervised sex trade, there are fewer perversions.

Kerala men spend long periods abroad for work and as a consequence, the state has become the “Gulf” for many unskilled laborers, who throng to the place to earn dream salaries. While the first phenomenon leaves many families headless, the second brings into our society people, whose values are different from those of Kerala. These workers are rarely registered, supervised or given reasonable amenities and some of them go berserk. The language is a big barrier between the local people and the visitors. I was amused when a bearer in a Perumbavoor restaurant asked me to speak in Hindi when I asked for water.

What threatens Kerala today is not inter party violence, which can be controlled at will by the leaders, as it seems to be happening now, but the general environment of crime and the pseudo battles against alcohol, drugs and industrialization, innovation and new ideas. I am reminded of the situation in Punjab during the Khalistan agitation when personal scores were settled under the garb of the agitation. In Kenya, there are stories about political leaders eliminating their enemies under the cover of general insecurity and hooliganism.

What Kerala needs in the short term is not President’s rule, but an effective and disciplined police force, which is not factionalized or demoralized, operating without political interference. In the long term, we need social reform or engineering, which can be inspired only by a charismatic non-political leader with the caliber of Swami Vivekananda, Narayana Guru or Mannath Padmanabhan.

Kerala society needs a new avatar, not as a tourist slogan, but as a powerful force, which can restore social cohesion. Let us not bark up the wrong tree in search of solutions.