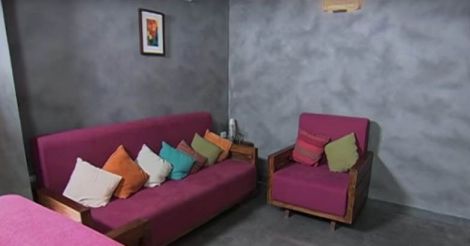 Image for representation only. File

Curiosity about life of diplomats abroad pursue me everywhere, even though there are many autobiographies of former diplomats, including mine (Words, Words, Words - Pearson 2017) touching every aspect of diplomatic life. Myths persist about luxury lifestyle on the one hand and miserable existence in expensive metropolitan cities on the other. What kind of homes do Indian diplomats live in abroad? How does their life abroad compare with that of the civil servants in India? Are diplomatic wives just glorified housekeepers? How about schools for children and medical care in strange lands? Such is the nature of the barrage of questions that I hear from young people, particularly those who aspire to a diplomatic career or their relatives and friends.

A privilege granted to our diplomats abroad is free furnished accommodation, which befits their status and rank. Quality of housing differs, depending on the countries concerned, but it ranges from adequate to luxurious. As India started acquisition of more and more properties, the housing situation has vastly improved. Ambassadorial homes in most capitals are grand and some of them qualify as classic homes.

We lived in two homes in Tokyo, a home in Thimphu (Bhutan), an apartment in Moscow, two apartments in New York, a home in Yangon (Myanmar) and ambassadorial residences in Suva (Fiji), Nairobi, Washington and Vienna. Each one of these places had its own characteristics, advantages and disadvantages. But one thing in common with all of them was that they were all temporary homes. So we were able to take the good and the bad in our stride and move on, expecting that in another three years or less, we will make up for the deficiencies. We moved into our home in Kerala also with the same spirit, but found ourselves in the same house for the longest period of time.

In most of the cities that we lived in, there was little choice of houses to make, as we simply inherited them, whether they were owned by the Govt and earmarked for the incumbent of a particular post or hired by a predecessor. In the case of our house in Tokyo, we had a clear choice, within the rental ceiling and we stayed on in a hotel till we found a place ourselves. One consideration we had was that we should be close to a metro station as driving was hard in Tokyo. So we ended up in a cottage in a suburb with easy access to a metro station, later finding out that our guests, who came by cars found the distance too forbidding. But our home was ideal for total immersion in the study of Japanese as there were no foreigners in the area and no one spoke any other language. We also had a close look at the domestic life of a middle class Japanese family.

Our cottage was in the compound of the ancestral home of a senior manager in a reputed firm. He lived in the main house with his wife and son and our cottage was built for his daughter, who had moved to another city with her husband. We witnessed first hand the plight of the Japanese housewife, who worked tirelessly to run the household. Her husband and son would come home late after entertaining friends in night clubs and would not help her at all and would merely sit in front of the television set, sipping the rice wine, sake. The Japanese women that time were even less liberated than now and it was common for Japanese girls to aspire to marry foreigners just to avoid the drudgery of home making in Japan. A husband, who shares the burden of the household is a dream for Japanese women even today.

The cottage was very well appointed and equipped, but the furniture provided by the Embassy was not particularly presentable. In our anxiety to make the house look good, we spent money on curtains and also used the carpets we had brought to cover the sofa! It was an agonising moment for us when a child of a friend cut the new lace curtain into pieces just for fun. We learnt two lessons then, not to spend your own money to beautify official homes and not to leave scissors around in the house. Our most distinguished house guests in our first home abroad was princess Gauri Lakshmi Bayi and her husband, R.R.Varma.

We moved to a more spacious house in the heart of the city after a year and became neighbors of the famous Nairsan, who ran the Nair's restaurant on the Ginza in Tokyo. Nair had come to Tokyo for higher studies, but joined Netaji Subhash Chandra Bose as an interpreter and rose high in the Indian National Army. Since Nehru did not give him an important position in India, he decided to live on in Tokyo and build an Indira Curry Powder empire. As a part of the Netaji legend, he lives on in the memory of freedom fighters. There was nothing Japanese about the second house we had in Tokyo except one room with the 'tatami' flooring made with a fibre giving a feeling of softness and comfort.

In Thimphu, we had no choice except to move into the house earmarked for the No.2 in the mission on top of a hill around which the entire temporary embassy complex was built. Another a huge complex was under construction nearby for the Embassy, but we had left long before it was completed. Apparently, the road leading to the house was not black topped till president V.V.Giri, who was the father-in-law of my predecessor, A.N.Ram, decided to visit the house. The road was black topped overnight under the orders of the king and we were the beneficiaries of it. But the house, built with mud and bamboo was ill-suited for the Bhutan climate as it had chinks around every window, which brought in cold air from the mountains. Heating the house with firewood was a challenge. Coming as we did from Tokyo, the housing situation appeared to us to be primitive. The compensation for low living was the high importance of the work in a country, which has remained a steadfast friend of India over the years.

Housing in Moscow for diplomats was the responsibility of a government organization called UPDK, comprising mainly of discredited Soviet diplomats. The organization allotted houses for diplomats in designated buildings, affectionately called "diplomatic ghettos." I inherited my predecessor's flat in Lomonosovsky Prospect near the Moscow State University. It was spacious and well appointed and was refurbished for us before we arrived. But the problem in Moscow was that we could not get anything done in the house, except through the UPDK and any problem took very long to fix. We took it for granted that the house was bugged and that all our activities were constantly watched. India was a great friend of the Soviet Union, but even the best friends were not exempted from spying. The elaborate sentry post outside kept a close watch on our movements and arranged escorts unobtrusively. They would emerge the moment we took the wrong route or went to the wrong housing complex, as they seemed to know better than us where we were supposed to have dinner. The constant surveillance was an irritation initially, but soon we began to enjoy the sense of security.

The test of good housing in Moscow was its capacity to keep it warm as the temperature outside could go down to minus 30 degrees Celsius. Our apartment was so well heated that we could maintain home temperature throughout. The problem arose only when we had to wade through the snow outside. Keeping the roads totally clear of the snow was an art Moscow had mastered out of sheer necessity.

Our Moscow home was frequented by Bollywood legends from Raj Kapoor to Mithun Chakravarty and Hema Malini to Shabana Azmi. No other country had such fondness for Indian stars, movies and songs. Raj Kapoor's songs were on the lips of every generation of Soviets at that time. Many political leaders, including prime ministers came to Moscow during our time. From Kerala, the most popular visitor was K.P.S.Menon (Sr), who came every year during the Onam season. We celebrated Onam in our apartment whenever the Menons visited us. Ramu Kariat and C.Achuta Menon were also among our other distinguished visitors. We were quite nostalgic about our life in Moscow long after we left. ( To continue)

The author is a former diplomat who writes on India's external relations and the Indian diaspora.