Transplanted Malayalis tend to have mixed feelings about the land of their origin. Many of those who left Kerala in the 1950s and 60s still look upon the state with some sense of romanticism and nostalgia, while some who left more recently seem to harbour a degree of contempt.

I am separated from the Palakkad district, the land of my ancestors by two generations. Yet, I still had enough childhood exposure to villages in the district to feel a sense of belonging and affinity. As a seven-year old, I'd observe green paddy fields that stretched as far as the mighty Western Ghats. I enjoyed taking an early evening dip in the Chittur River and watching fireflies light up the countryside before a star-show was in full display. 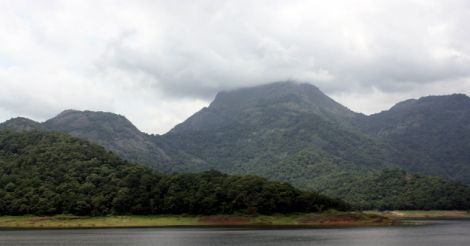 Ponnadi Dam in the Palakkad.

I have to admit that I belong to the camp that does indeed romanticise Palakkad. One of the district's greatest sons, O V Vijayan wrote about these very green fields and the Western Ghats. He described so eloquently, the train that travels on the mountains and compared it a bejewelled serpent. I am happy to say that I have taken that very train to the town of Nilambur, to be warmly by my great grandmother's sister, one of the most graceful and beautiful women to have ever walked this planet.

Like anyone else who romanticises Palakkad, I enjoy watching Nakhakshathangal, the 1986 masterpiece of a film that brought several legends of Kerala together: The all-star team included director Hariharan, writer M T Vasudevan Nair, cinematographer Shaji Karun (later a great director in his own right), lyricist O N V Kurup (again, famous for his books), composer Bombay Ravi and actress Monisha, who at that time was the youngest person to win the National Award for Best Actress. 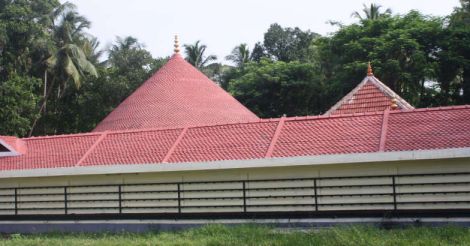 I realise that Palakkad isn't all flowers and rolling hills and serene temples. Like any place in modern Kerala, it has its fair share of problems. There wouldn't be a large number of well-educated people leaving the town and its scenic outskirts if it provided them all they needed to live highly fulfilling lives. But in this day and age of digital nomads and remote job opportunities, I see few reasons for people not to want to live in the land of my forefathers.

Palakkad town has undergone a major makeover over the last decade. Decent pavements are springing across the town, the partial ban on plastic bags has helped it become a lot cleaner and business of all kinds seem to be booming. Some of the restaurants even have staff from places as far away as Manipur! 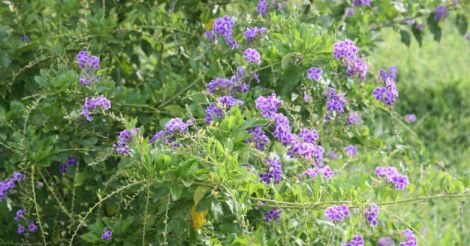 Prosperity has also reached the outskirts of the town and even the most modest of houses in villages such as Coyalmannam and Tattamangalam seem to be well maintained and have a large share of flowering trees.

On a recent trip to Palakkad, I had the opportunity of interacting with a brilliant medical student, who is eager to get back home from Chennai, as soon as his studies are completed. Let's just call the brilliant young man 'S.'

A conversation with this 21-year old was an eye-opener for me. S, who is a nature-lover and fan of the great outdoors, spoke glowingly about how Palakkad was no longer a place that young wanted to escape from. He said the only thing that town couldn't boast of was nightclubs and pubs, something that this future doctor was happy to live without.

People in S's age group were seizing the opportunities in Palakkad. One of the best-run vegetarian restaurants in the town is owned by a young man who actually learned to be a filmmaker in the UK, but chose to come back home. There are signs everywhere in Palakkad for martial arts classes, yoga and different dance forms. The clear emphasis on fitness is visible in places like Tipu's Fort, which is open to the public and maintained really well. Runners with well-toned bodies maintain a good tempo as they circle the fort, which has its fair share of fragrant jasmine and frangipani trees.

NRIs and members of the Kerala diaspora should know that those living in Kerala are no longer "our country cousins". Globalisation has been a great leveller and the attitudes towards moving to so-called greener pastures are changing.

For a place like Palakkad, which is close enough to the booming city of Coimbatore, and not too far from Kochi, these are the best of times. There is of course, an imminent danger. Apartment blocks are rearing their ugly heads in erstwhile paddy fields. However, I doubt that this peaceful town will turn into some sort of urban jungle. Even if the town became congested, it's highly unlikely that the pristine and clean villages surrounding Palakkad would fall prey to the monster of urbanisation.

Last week, in the peaceful environs of a village called Palod, I stood barefoot and heard the sounds of nature. It seemed like the birds, insects and trees were trying to tell me something. Here I was, connected to the very land that gave birth to my ancestors from as far back as the 13th century. Many of these trees had witnessed the birth, life and death of a large number of my forefathers. What were the birds, trees, insects and spirits telling me? Were they asking me to come back home?

(Ajay Kamalakaran is the author of Globetrotting for Love and Other Stories from Sakhalin Island).