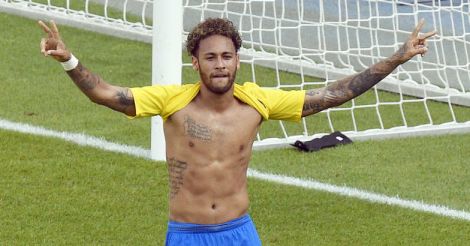 Brazilian star Neymar has made a successful comeback from an ankle surgery. AFP

It's that time again when football lovers eagerly await the kick-off of the FIFA World Cup. Football is a truly global sport and its popularity is simply unmatched. The situation is no different in Kerala where the excitement reaches fever pitch every time the showpiece event takes place.

I made a visit to home at Peravoor last week and one glance while passing through the villages was enough to realise that the World Cup is here! Huge flex boards and hoardings of Neymar and Lionel Messi give one the impression that the World Cup is taking place in Kerala and not far away in Russia! The fierce rivalry between neighbouring villages based on their favourite teams adds spice to the gala.

For Keralites, especially those in the Malabar region, the next one month is going to be an absolute festival. Thrills, drama, disappointments and heady stuff are in store for the fans.

I am also looking forward to the upcoming edition. I am sure there will not be a single person who has not at least kicked a football in his/her childhood. Football is a simple game and the basic rules are easy to comprehend. No wonder the sport has such a huge following and it is aptly called the 'beautiful game'.

Coming to Russia 2018, my favourite team is Brazil. I love the Samba Boys' style of play and I feel they have a very good chance of regaining the Cup this time around. Neymar has made a successful comeback from an ankle surgery and I do hope he stays fit throughout the championship. Besides Neymar, Brazil have plenty of talented players and on paper the Selecao look a well-balanced outfit.

Defending champions Germany will be tough to beat. They have got the experience and with quality players such as the prolific Thomas Muller and Mesut Ozil in their ranks, Germany's chances look bright. 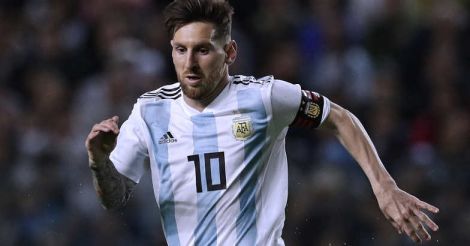 I feel Spain and France too have a very good chance of going all the way in Russia. The face-off between Spain and European champions Portugal is easily the biggest game in the group stage.

Though I am a huge fan of Messi, I am not very optimistic about Argentina's chances. However, the champion that he is, Messi will be desperate to win the World Cup and he is likely to conjure some magical moments.

Amid all this excitement, the plight of Indian football saddens me. Despite the launch of the Indian Super League (ISL) and corporate support, football is still not a national sport. One of the biggest hindrances for the growth of the sport is the lack of infrastructure, especially quality grounds.

This brings me to the topic of athletics grounds being used for the ISL. An athlete cannot be left to the mercy of others for training. Sadly, that has been the case in India for some time now. The athletes, especially those who compete in field events, have not been able to train properly as the grounds have been handed over for ISL matches.

This is where the organisers have to take a cue from the Board of Control for in India, which makes sure everything is in place for the cricketers. Never for a moment think that I am against football or for that matter any sport. In fact, I watched the ISL game from the gallery at Sree Kanteerava Stadium in Bengaluru to soak in the atmosphere last ISL season. Also I have been lucky to watch Brazilian legend Ronaldinho at close quarters during the 2008 Beijing Olympics.

Both myself and Bobby will be keenly following the World Cup on TV. Let the best team emerge champions on July 15.

Aarti and Anurag have a daughter named Aaliyah.