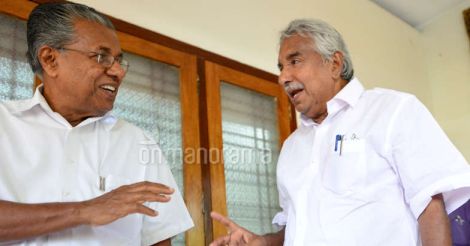 To take a leaf out of the previous Oommen Chandy-led UDF government would be the last thing in Kerala chief minister Pinarayi Vijayan's mind. Chandy had tall claims of development, but what awaited him was an ignominious exit triggered by nothing but the misdeeds of his government. However, going by the recent controversies surrounding the Left government, it seems Pinarayi has a crucial lesson to learn – it's better not to make a mistake than correct it later.

There has hardly been any allegation of corruption against the Pinarayi government and its attempts to crack down on graft are being well appreciated. However, the repeated controversies over glaring politically-motivated appointments and allegations of nepotism are sure to make a dent in the image of the otherwise strong government. Self-defense that the controversial decisions were annulled may not come in handy at a time of crisis, especially during elections.

The LDF government the other day annulled the decision to appoint party leader P.K. Sreemathi's son as the managing director of Kerala State Industrial Enterprises. The decision to cancel appointment of Sudheer Nambiar to the top post followed criticism from various corners about alleged nepotism. Nambiar happens to be a close relative of industries minister E.P. Jayarajan also. "The appointment has not come to my notice. Will examine the matter," Pinarayi said before the industries department cancelled the decision. The row over Nambiar's appointment reminds one of the recent controversies over the decision to appoint advocate M.K. Damodaran as the legal adviser to the CM. The government was forced to backtrack on the decision after it came under fire for offering the crucial post to Damodaran who felt nothing wrong in appearing in several cases against the state government.

The government, the party and the loyalists can defend themselves saying they were quick to correct the mistakes going by the popular sentiment. Now rewind to the last days of previous Oommen Chandy government; one can easily find that the trend of making mistakes and later correcting them won't help any government on the go. The last days of the UDF government, infamously called the "slaughter days" saw the government issuing several controversial orders and later withdrawing them after criticism and protests from within and outside the front. Obviously, alleged corruption was the death knell for the UDF government.

High-profile scams like solar and bar bribery cases, which remained alive throughout the UDF regime, were sure to take their toll on the front's electoral chances. However, it was the last minute decisions like the order to level Methran kayal paddyfields that made things worse for the Congress and co. Chandy tried his level best to send a message that the government was willing to revoke the controversial decisions, however the damage was already done.

The public gave a clear message through the ballot that making mistakes and correcting them later won't be accepted.

It could be argued that it's too early and wrong to compare Chandy government's misdeeds with the controversies surrounding Pinarayi government. With no election in less than two years, the CPM may also remain in a comfort zone, hoping that there is enough time to cover up such faults with more popular and willful decisions.

However, gone are the days when public memory was too short. It's a time when political parties' decisions are recorded on a day-to-day basis in public as well as digital memory and a competing rival can bring back the misdeeds to the fore with a mouse click. With its well-oiled social media machinery, the BJP is sure to archive all such controversies and play them up during the elections.

Moreover, the Left government was brought to power with great expectations by a people fed up with misgovernment, and CPM is a party which undergoes strict social auditing than any other front. The loyalists may remain firm with the red flag at the time of crises but the critical public whose votes decide the rulers may not be happy with a Left government which makes less thought-out decisions and later corrects them in a bid to douse public anger.

Mr. CM, we believe you don’t want to repeat anything that turned fatal for the Chandy government. But, you have a lot to learn from their mistakes if you understand the changing political trends and wishes of the people.