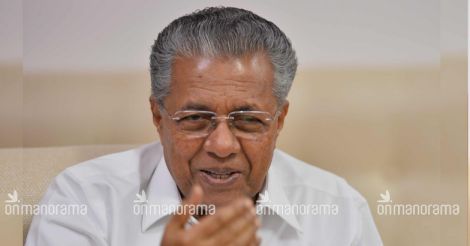 The Kerala High Court verdict rejecting the Central Bureau of Investigation (CBI)'s revision petition challenging the acquittal of Pinarayi Vijayan in the SNC Lavalin case is a political booster shot to the Kerala chief minister.

The verdict has, in one go, nailed the CPM politburo member's detractors within and outside the party who moved heaven and earth to hound him for years in connection with the controversial deal with the Canadian firm.

The chances of an appeal against the verdict notwithstanding, Pinarayi has now emerged in stature both within the CPM and in public sphere.

What is Pinarayi's connection to infamous SNC-Lavalin case | Timeline

The previous Congress-led UDF government had...

The CBI had challenged the acquittal of Kerala...

A section inimical to Pinarayi within the CPM also was hoping against hope for a verdict which would allow continuation of the trial. In such a scenario, they would have mounted pressure on the party top brass to ask the CM to quit on moral grounds. All such political calculations have gone bust with the HC verdict.

As Pinarayi emerges as the unquestioned leader of the CPM in Kerala, his stature at the central leadership of the party would also grow manifold.

That would have two main implications – one at the state level and the other at the national level.

Now, Pinarayi would have no political adversary or detractor within the state party leadership, the Left Democratic Front (LDF) and the state government. This would mean that the government and the party machinery would be completely under his control and no one would dare question any of his decisions - be it on policy or administration.

This is a double-edged sword. Such overwhelming say in key matters can be counterproductive in a scenario in which a corrective force is missing. The party would have to act as a corrective force technically but then, it is easier said than done in such a political framework. The overwhelming concentration of power can perhaps ignite dictatorial tendencies. This would mean scant regard for the need to forge a consensus on contentious issues including the proposed Athirappilly project, which is already bringing to the fore divisions within the LDF.

SNC-Lavalin: How Pinarayi's counsel pulled it off

The CBI argued that the special court had...

On the contrary, if Pinarayi is able to rise to the occasion and emerge as a statesman, he would be able to easily forge a consensus on key issues within and outside the LDF.

If Pinarayi is able to bring about a holistic approach to administrative and policy-related issues, it would be of immense benefit to the state.

At the national-level, Pinarayi would now be the prime adversary of the BJP-led dispensation at the Center.

The Kerala CM had already drawn the ire of Sangh Parivar forces with his stern stand against them. That he was already the target of fringe Sangh outfits is evident from a firebrand leader from that camp offering a Rs 1-crore bounty on those beheading the elected Kerala CM.

Pinarayi was even forced to cancel a function in the BJP-ruled Madhya Pradesh and surmounted Sangh-led obstacles to hold the Karavali Souharda Rally in Mangaluru in February.

For the Kerala unit of the BJP, battling faction feuds that even resulted in a cash-for-medical affiliation scam related internal party probe leaking to the media, a Pinarayi-led government is a stumbling block.

It has failed miserably in its ploy to incite political violence as a ruse to further its political ambitions. The state government and the CPM have tackled the dangerous spread of saffron in an opposition space which had been up for grabs ever since the rout of the UPA in the 2014 Lok Sabha polls as well as the Oommen Chandy-led UDF government in 2016. The biggest challenge Pinarayi now faces would be to thwart the ambitions of the BJP to make significant inroads in the southern state, which has remained elusive to the lotus in six decades, apart from a default victory in a constituency in the last assembly polls.

BJP president Amit Shah has unequivocally stated his political plans to the state unit of the party, which hasn't been able to live up to the expectations of the ruthless task master. Amit Shah is not known to give up his political designs and that would be Pinarayi's toughest challenge.

The BJP would undoubtedly step up its attack on the Kerala CM and how Pinarayi handles the socio-political minefields laid out by the saffron brigade would define the trajectory of the state in the coming years. For now, Pinarayi has every reason to have a hearty laugh, which is a rarity for the communist leader.