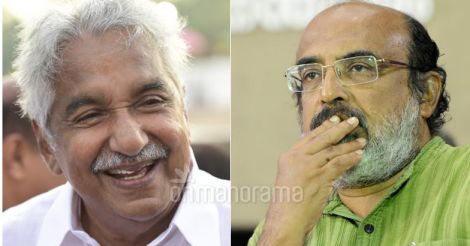 When a combination of economic slowdown, agricultural price slide, real estate stagnation and inflation are bogging down the people, the Left Democratic Front government is adding to their woes with measures such as the increased registration fee on land transaction between family members.

Land transfer between family members cannot be viewed as a commercial transaction. That is the reason the United Democratic Front government limited the stamp paper cost for partition deed at Rs 1,000 and registration fee at 1 percent of the fair price, subject to a cap of Rs 25,000.

If rice fetched a support price of Rs 13 during the previous LDF government’s tenure, the UDF government raised it to Rs 21.50. Even that is not satisfactory for farmers.

The government has to increase the support price from Rs 150 to Rs 175 and raise the eligibility land ceiling from 2 hectares. The finance minister, Dr Thomas Isaac, disappointed everyone by saying that he would consider these demands later.

A White Paper is intended to present to the people the financial picture of the state. Yet the White Paper presented by Isaac hid some facts, misinterpreted some figures and ignored some matters. What are the allegations in the White Paper?

1. The UDF government did not utilize the state’s revenue sources completely.

The finance minister raises this allegation by using a crafty comparison with the budget estimates. A fairer comparison would be the tax revenue received during the rules of the LDF and the UDF. Commercial taxes collection has increased by 92.82 percent and total tax revenue increased by 100.16 percent over the last five years.

The state’s own revenue will not suffice for development activities under the present circumstances. What is important is to see how the borrowed money is spent. Capital expenditure was Rs 9,495 during the LDF rule and Rs 24,032 during the UDF rule. While the LDF government spent Rs 36,425 for projects, the UDF spent Rs 71,741.

4. The UDF’s fiscal management plan was flawed. Economic sector was left in disarray.

The UDF government had to go on overdraft only for six days during the five years of its rule, compared to 169 days during the LDF rule. Ways and means advances were availed of for only 37 days in 2011-16, compared with 460 days in the previous five years.

Revenue deficit has indeed increased during the UDF rule. There are many reasons for it. The government had to implement the recommendations of two pay panels. The government shouldered additional responsibilities in education and health sectors. Money was lavishly spent on infrastructure projects without regard to financial limitations. Social welfare pensions which had been distributed to 12.9 lakh people were extended to 34.43 lakh people. If the LDF spent Rs 592 crore for pension in its last year, the UDF government spent Rs 3,016 crore in 2015-16. Social pensions were doubled. The social justice department implemented so many programs including cochlear implant surgeries. The Public Service Commission filled all vacant posts. As many as 1,67,096 job candidates were appointed, setting a record. As many as 46,223 posts were created.

The current LDF government is projecting as its greatest achievement the raising of minimum pension to Rs 1,000. This happened in Isaac’s seventh budget. Even in his sixth budget, the pension was just Rs 300. The UDF government increased the pension to Rs 600 in 2011. Pensions for the disabled and widows were increased to Rs 800. Old-age pensions were increased to Rs 1,500 for those above 75 years and Rs 1,100 to those above 80 years. Only a few welfare pensions were below Rs 1,000.

Finance minister has set a goal for himself in raising money through the Kerala Infrastructure Investment Fund Board. The budgets presented by K.M. Mani and me also had this proposal. But the UDF no longer approves of the way it was implemented.

The LDF government was trying to trick the assembly and the people by offering funds for about 1,000 projects from the special investment fund. To convince investors is an altogether different issue, especially when the government has been saying that the state’s finances were in shambles.

The government will not be able to shoulder the pension liabilities of its employees in another 25 years. That is why the participatory pension scheme was launched. The government does not have any benefit from it now. It actually has to spend 10 percent extra. Still, the UDF government took up the project because it cares about future.

Those who have rose to power by offering to have a relook at the participatory pension scheme, however, are silent on it now.

(The author is former chief minister of Kerala)

The government, headed by CM Pinarayi Vijayan, was forced to introduce the withdrawal government as it...