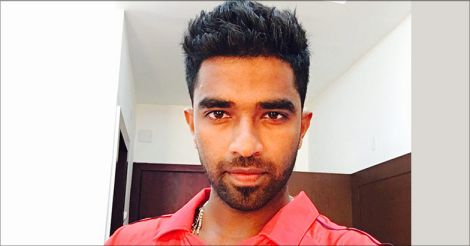 Kerala one-day and Twenty20 captain Sachin Baby is upbeat about his chances after being roped in by Royal Challengers Bangalore in the IPL players' auction on Saturday.

The left-handed batsman was bought by RCB for his base price of Rs 10 lakh. Sachin, who has played in four IPL matches for Rajasthan Royals in the 2013 edition, spoke to Onmanorama over the phone from Thiruvananthapuram.

Sachin cites hard work as the key to earning the RCB call.

“Though I played in four matches for Royals, I got to bat in only one game (he made 3). I was relatively inexperienced and felt huge pressure as compared to playing in the domestic circuit. I have been working really hard under my coach Biju George for the past two years and was hopeful of being picked by any of the IPL franchises last season too. But it didn't happen. So to be signed by RCB this time makes me really happy. I had attended the RCB trials and did well in the four practice matches.”

Sachin, who quit Ranji captaincy to concentrate on his batting, had a good domestic season, with more than 400 runs in the Ranji Trophy and being the highest run-getter for the state in the Vijay Hazare Trophy one-day championship. He scored a vital 44 against Baroda in the Syed Mushtaq Ali Trophy National Twenty20 Championship. “Overall it was a very satisfying season for me. I did well in all three formats and the team also fared well, especially in the Mushtaq Ali Trophy.”

Sachin was also part of the India 'B' team which played in the Deodhar Trophy one-day tournament. The 27-year-old is excited about his chances in the IPL, which begins on April 9.

“RCB coach Daniel Vettori had phoned me after the auction and wished me all the best. He told me to be ready as I am the lone specialist domestic left-handed batsman in the squad. The training camp is likely to begin towards the end of March and I am looking forward to it.” 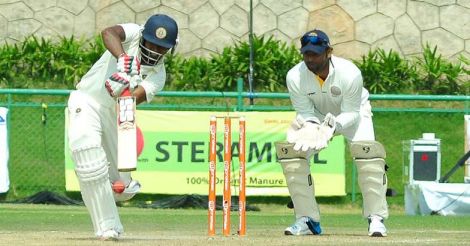 Sachin Baby drives one during a Ranji Trophy match. Photo: By Special Arrangement

Sachin, meanwhile, expressed disappointment at the fact that his Kerala team-mates Rohan Prem and Padmanabhan Prasanth failed to get the nod in the auction.

“It was disappointing that Rohan and Prasanth went unsold in the auction. They are proven performers at the domestic level. I feel the fact that they have not been part of the India 'A' or 'B' teams worked against them. Also they are not as well-known as Sanju (Samson) or myself. Unluckily for Rohan, he got injured and could not attend the trials,” added Sachin.