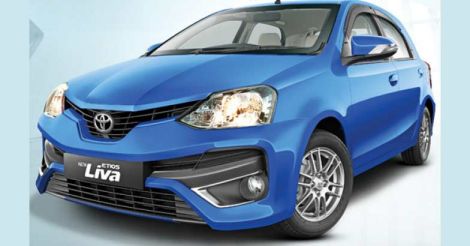 A couple of years ago, Toyota entered the budget segment in India with the promising Etios Platinum. Now, it is Liva’s turn to woo customers in personal usage segment with a new design and a series of innovative upgrades.

Stylishly designed for today's youth, Liva captures the essence of the upgrades that transformed the Etios into Platinum. If the outgoing model was the first choice when it came to taxis, the updated version is loaded with a set of specific features, keeping in mind the new segment it falls under.

Although it does not sport the ‘Platinum’ tag, the overall performance of the new Liva does match the Etios face-lift as it offers a pleasant ride coupled with enhanced pickup and interior space.

Toyota is one of the most popular automotive brands in India. If the Japanese consider the brand as a symbol of patriotism and pride, Toyota is being held in a high regard by Indians for its reputation for quality and being a trusted car-maker. The new Etios Liva too epitomizes the heart and soul of the Japanese automaker which is built on trust. It is a hot hatch model developed by Toyota keeping in mind the needs of the target market, especially those of young customers.

Yaris is the most popular family car in European and other developed markets from the Toyota stable. But as it would cost just high as Corolla in the Indian market, the automaker wanted to introduce a family car that is affordable to the Indian middle class. To cater to the Indian as well as other emerging markets, Toyota developed a new platform through innovative improvements to its existing models.

The grille featured in the Etios Platinum has been redesigned and it definitely uplifts the overall design of the New Liva. Minor changes in the alloy wheels and the front bumper too add to the car's overall sportiness. Giving emphasis to passenger safety, Toyota has introduced Anti-lock Braking System (ABS) and front airbags standard across the Liva facelift variants.

The previous version has been panned by critics for its poor interior finishing and the substandard plastic components. But the new Liva offers no scope for such complaints. The quality of the plastic components has been improved. The leather steering and semi-digital instrument console also add a dashing look to the interior.

There is plenty of legroom at the rear even with the front seats pushed back reasonably. Moreover, the seats are large and plush. The 13-liter glove box can store a lot of items in it such as water bottles and mobiles phones. Just by opening the glove box vent, AC air can be directed into it so that beverages can be kept cooler than the cabin temperature. It also comes equipped with modern features such as the 2-DIN stereo system with audio controls on the steering wheel and the electric folding wing mirrors.

The car has undergone a lot of changes, especially in handling and suspension settings. Apart from the enhanced pickup, the drivability has also been vastly improved. Sporty suspension and excellent road grip make the Liva a great car to drive.

The overall change in the performance compared to the previous model will be palpable right from the moment you get behind the wheel. Liva’s light kerb weight as well and minor tweaks in gear ratios play their part in the performance department. The gearing which is tuned to be on the shorter side helps the vehicle maintain consistent speed in any particular gear. Due to the smooth and precise gears and the high torque, frequent gear changing is not necessary. The engine will churn out an ideal speed while even in the third gear.

On the mileage front, Liva promises 23.59km/l from the diesel engine.

Power for the all-new Etios Liva comes from the 1364 cc four-cylinder diesel engine with four valves each which makes 68bhp.

As far as drivability is concerned, it performs better than many of the top models in the market.

The all-new Liva diesel variant is launched at a price ranging between Rs 7.18 lakh and Rs 7.69 lakh (ex-showroom).