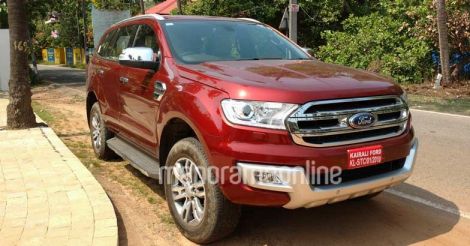 It is tough to pinpoint the cultural trait upheld by Ford Endeavour, for it mixes and matches the best aspects of both Japanese and American traditions. It is this perfect blending that sets this SUV from the Ford stable apart from the rest in its segment, and helps it remain one of the best-selling vehicles in Indian market.

Endeavour symbolises the rich heritage of the sports utility vehicles in history. It could capture the essence of the Mazda B-Series, a pickup truck that was first manufactured in 1961 by Mazda, which later transformed into Ranger and blazed the American roads in the 80s as an elite variant of the big old pickup truck style Ford F Series.

The new generation Endeavour or the Everest, as it is known in the Asian markets since its launch in 2003, has now strengthened its portfolio in India by adding one new variant. The new Endeavour combines stunning design, breath-taking proportions and other features that could put even the most reliable passenger cars to shame.

Here is the test-drive impressions and specifications of the new Endeavour which sports many new features as compared to its predecessor. 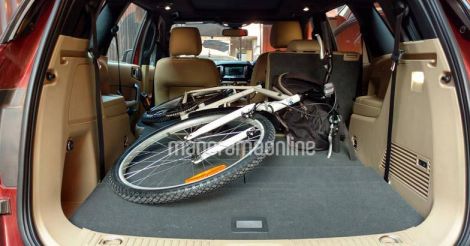 Apart from the much-acclaimed physical size, the new Endeavour has not borrowed much features from its predecessor. Breaking away from its traditional box-like design, the new Endeavour’s shape has been integrated into a flowing design. The unique twin-grill, lavish use of chromium, large projector headlamps and big scuff plates give the model an aesthetically pleasing look, like the old model. The side profile and the bumper too maintain the upmarket look with respect to the outgoing model.

The four-wheel independent suspension provides superior stability to the vehicle. It also features suspensions and tunings specifically designed for four-wheel and two-wheel models. Independent coil-spring at the rear wheels and shock absorbers considerably improve ride quality as well as control and handling. 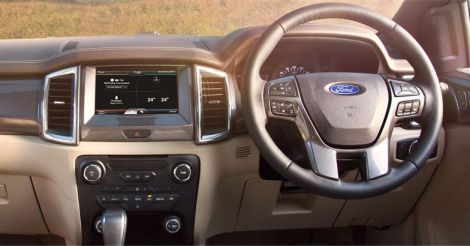 The size is reflected in the car's interior. It has a well-made and stylish cabin. The leather-covered dashboard gives the vehicle a luxurious air. Features such as the 8-inch touchscreen and the SYNC 2 infotainment elevate the luxury of the model. The new Endeavour is equipped with seven airbags, apart from parking censors and rearview cameras. Air conditioning vents provide ample cooling to all occupants. Two tall adults can sit comfortably on the last-row seats. No growling noise or vibration are felt inside.

The huge torque which provides optimal power is the engine’s highlight. It is capable of delivering a strong performance both on and off-road. The engine is mated to a six-speed automatic gearbox. Apart from offering a power-packed performance on the road, it scores big over its rivals in off-roading.

With the simple touch of a button on the console, you can choose between five different terrain settings: Normal, Sand/Snow/Mud and Rock. It does away with the hassle of switching between the high and low options normally found in four-wheel models. The vehicle does it all automatically on different terrains.