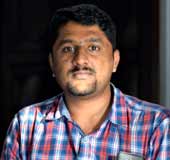 The global IT sector was dominated by terms such as layoffs, moonlighting and attrition rate during 2022. In fact, tech firms in the US resorted to massive layoffs last year. Moreover, the attrition rates went up drastically and intense debates took place regarding moonlighting. However, Indian IT firms- expect some new-gen companies- remained unaffected by these developments.

In fact, no mass layoffs took place in any major IT company in India. Similarly, while tech firms in the US and other countries virtually froze hiring, their Indian counterparts witnessed reasonable additions to their workforce.

“Even though we don’t entertain high hopes for 2023 with the recession still persisting, no big crisis is expected during the new year,” said an Indian IT expert.

GTech – a collective of IT firms in Kerala – pointed out that all companies are appointing staff, even when the recruitment rate is yet to reach the pre-pandemic level. “Companies in Kerala are not panicky over the situation in the US. Still, they are carrying out recruitment cautiously. It’ll take some more time to witness large-scale appointments,” said an IT expert in the state.

“The performance of Indian IT firms – particularly those in Kerala – has matched expectations during the current financial year. There are no signs of recession this year, which is in stark contrast to previous years. Moreover, no mass layoffs took place in IT companies in the state,” said V Sreekumar, GTech secretary and centre head of Tata Elxsi at Technopark in Thiruvananthapuram.

Incidentally, the attrition rate in Indian companies fell when reports of the global IT recession reached here, said experts.

Product firms hit
While IT services firms are relatively safe, product companies are facing a crisis as they are the first to be affected by a recession. When the recession deepens, the firms providing services to the product companies also would be hit. However, it is the service companies which employ the majority of IT professionals in India.

In 2022, at least 15,000 employees were laid off by around 40 Indian product startups. As new investments have gone down, many venture capital firms are advising startups to extend their ‘cash runway,’ which is the period a company can function without receiving additional funds. This has led to cost-cutting and layoffs.

Dip in startup funding
Another IT-related development during 2022 was the steep fall in startup funding in Kerala. While 19 investment deals took place in the state in the first half of the year, the number dipped to 11 in the second half. Significantly, the funding amount witnessed a decrease of 73 per cent in the second half compared to the first. Experts said that the investment squeeze witnessed all over the world following the Russia-Ukraine war had reflected in Kerala also.

Hybrid offices
Most IT companies are yet to resume the work-from-office system even though the severe COVID-19 crisis has been overcome. This is because the work-from-home arrangement during the last two years has transformed the lifestyle of employees like never before. For instance, many IT employees at Technopark in Thiruvananthapuram vacated their rented houses near Technopark and shifted to their native places. Some of them relocated to towns where their spouses worked. Such IT professionals would no longer be able to return to their offices easily. Incidentally, mass resignations took place in companies which ordered employees to work from offices.

A large number of firms had carried out additional hiring during the pandemic days. These companies will not be able to ask all employees to work from offices as there is simply not sufficient space at the offices. To tackle the situation, most companies are resorting to 50-60 % work from office, instead of 100%.

Meanwhile, some other firms are opting for co-working spaces. This enables employees living far away from the office to reach their nearest co-working space to work. According to a recent report, Indian IT firms leased around one lakh co-working seats in 2022, which was 18 % more than the figure for 2021.