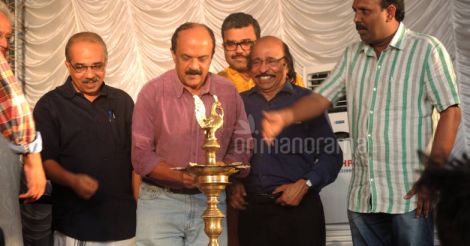 Kozhikode: The second edition of Kerala Literature Festival got off to a flying start Thursday evening. In the coming four days, the beach breeze blowing across the shore here will have the scent of creativity and strength of clashing ideas.

Zacharia, in his brief inaugural address, said literary festivals were the need of the hour at a time when people where being attacked and even killed for voicing dissent to the stances of the so-called majority.

He hailed the choice of the venue saying a literary event of such magnitude will be possible only in Kozhikode as the people of the city have always encouraged arts and literature.

In his keynote address, Sadhguru stressed on the importance of language in human life.

Introducing the concept of the festival, Satchidanandan, the director of the event, said the literary festival assumes significance in the wake of the shrinking of spaces of cultural interactions.

"We know that even our temples and churches were places of cultural and creative interactions. But of late, the right-wing forces have taken over such spaces," he said, stressing on the need for more events like the KLF.

"We have tried to make the festival better and bigger than Jaipur Literature Festival in terms of content," Satchidanandan added. 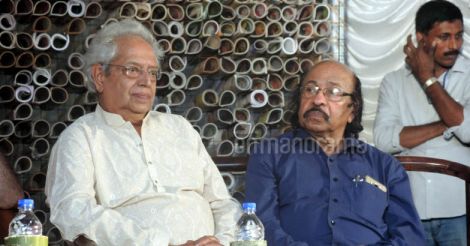 Speaking at the event, Kozhikode MLA A. Pradeepkumar said that he will take all the initiatives to set up a permanent venue for the event in the coming years. Tourism secretary K. Venu and DC Kizhakemuri Foundation secretary Ravi Deecee also spoke at the inauguration.

The inauguration was followed by an interaction between Sadhguru, eminent journalist Sasi Kumar and actor Manju Warrier. The day's events were concluded with a performance by musician Njeralathu Harigovindan.

The four-day festival will see talks, debates and seminars on contemporary issues. Over 300 writers will take part in the literature festival.