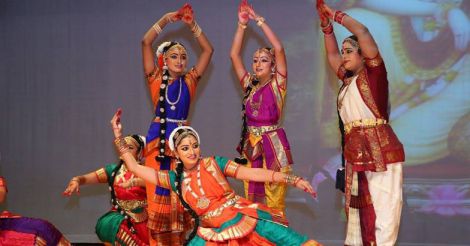 Thrissur: Kerala's cultural capital is in for an extensive fare as Dubai-based Anantara dance institute, in association with Sangeet Natak Academy, will be presenting a two-day dance recital here on August 3 and 6.

The event, Prakriti Dhwani, is conceptualized on the theme sat-chit-ananda. An ensemble from Anantara will enthral the rasikas with a medley of solo and group recitals, and dance drama on both the days.

According to Guru Smt. Vimmi B. Eswar, co-founder of Anantara, Prakriti Dhwani follows a gurukul school of thought by dancing to the tunes of Mother Nature.

On August 3, the kinetic splendor will be showcased at Melapathur Auditorium in Guruvayur between 4.30pm-6pm and 8.30pm-10pm. The finale will be held at Regional Theatre, Thrissur on August 6, between 5.30pm-8.30pm. 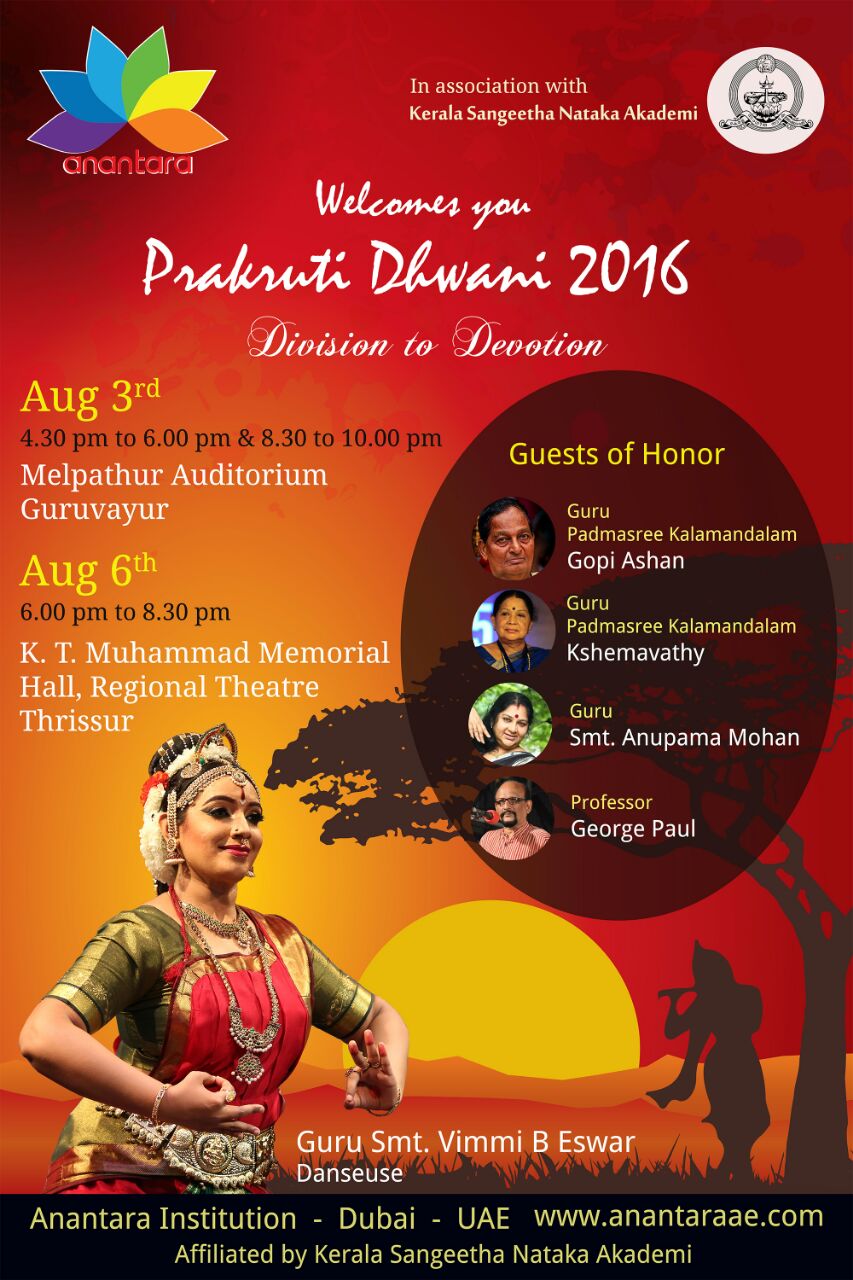