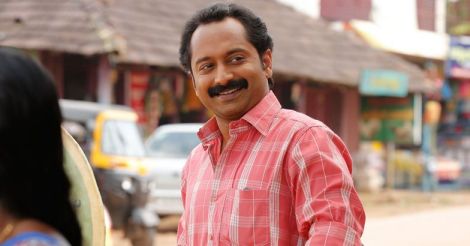 A still from the movie 'Maheshinte Prathikaaram'

Fahadh Faasil starrer Maheshinte Prathikaaram, is running successfully at the theatres in Kerala even at the third week of its theatrical release.

Maheshinte Prathikaram continued its dream run at the Box Office by grossing more than Rs 10 crores. The film was rock steady on it's third weekend too and emerged as the biggest solo hit of Fahadh Faasil. None of his films have touched the Rs 10 crore mark except the multi-starrer Bangalore Days.

Although Maheshinte Prathikaram was only released in 68 screens on the release day, after highly positive reviews the number of screens were increased from 68 to 88 screens, within one week.

Meanwhile, Nivin Pauly's Action Hero Biju too crossed the third weekend with good collections. The film also managed to cross the Rs 10 crore mark and provided another hit for the young superstar Nivin Pauly. According to the trade analysts, the movie Action Hero Biju has made quite a stir at the Tamil Nadu box office, unlike the usual Malayalam releases.

Interestingly, Tamil flicks Sethupathi and Miruthan have managed to be in the fourth and fifth place at the Kerala box office this week.