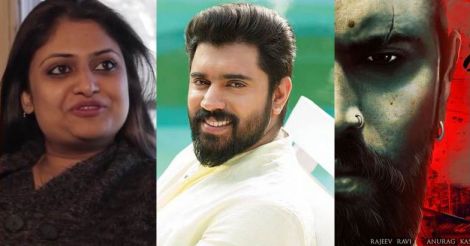 Geetu Mohandas, Nivin Pauly and poster of the movie 'Moothon'

The first-look poster of Nivin Pauly-starrer Malayalam film Moothon, which was released online on Monday, has piqued a lot of curiosity among cine goers. Going by the poster, in which he sports a rugged and unconventional look, Nivin seems to be ready to break his image and go beyond the comfort zone to do justice to the character.

Moothon is actor-turned-director Geetu Mohandas's first full-fledged project in Malayalam. It is also her first venture after Liar's Dice, the Hindi road movie which earned acclaim at various international film festivals, besides winning two national awards. One of the highlights of Moothon is that the movie will mark the Mollywood debut of Anurag Kashyap, who is known in Bollywood for his edgy and realistic films. The camera will be wielded by Rajeev Ravi.

Moothon was one of the seven Indian projects and the only Malayalam movie to get selected for the 2015 Drishyam-Sundance Institute Screenwriters Lab, held in Goa. Recognition at the Lab, which supports emerging filmmakers in India, is said to be the first step towards becoming the country's official entry to the Academy for a nomination for 'Best Foreign Language Film'. Geetu talks about her debut directorial venture in Malayalam: 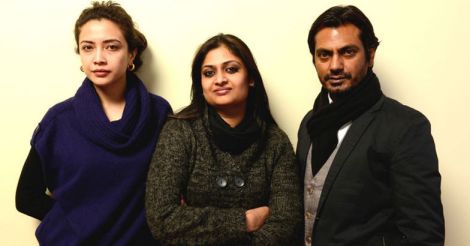 Moothon is your first full-fledged movie in Malayalam. What is your message to the audience?

I'm extremely happy to do a Malayalam film. I am not making any claims about the film, like it is a different movie or it has a novel subject. I have tried telling the story from my perspective and hope my efforts will be appreciated by the audience.

Moothon’s first look poster has already created a massive buzz. Why did you cast Nivin Pauly to play the lead role?

I wrote the script with Nivin in mind because I thought he will be suitable for the role. Moreover, Nivin is somebody who takes cinema too seriously and looks to do challenging roles. I also wanted to do away with clichéd casting strategies. Nivin loved the script when I narrated it to him and promptly agreed to do the film. The response to the first-look poster is delighting. 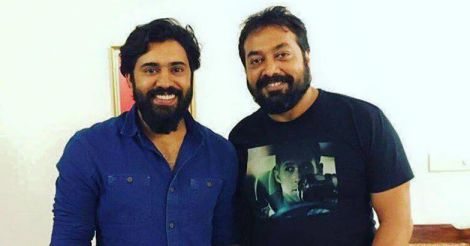 You had announced a movie called Inshah Allah last year. Is this the same film with a new title?

Yes. The basic plot is about a 14-year-old boy from Lakshadweep who goes in search of his lost brother. There is no particular reason for changing the title. Once the script was completed, I felt Moothon is a more suitable title. The shooting will begin in April at different locations in Lakshadweep and Mumbai. We are hoping to release the movie in 2018. 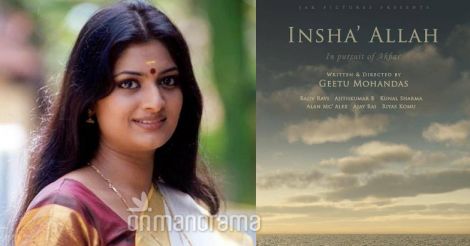 What is the meaning of the title? Who are the other main actors in the movie?

Moothon is a colloquial slang for elder brother. Though the story is based in Lakshadweep, it is a Malayalam movie. Since Mumbai is a key location, many characters will be speaking Hindi as well. The Hindi dialogues are written by noted Bollywood director Anurag Kashyap. At present, we are working on finalizing the cast.