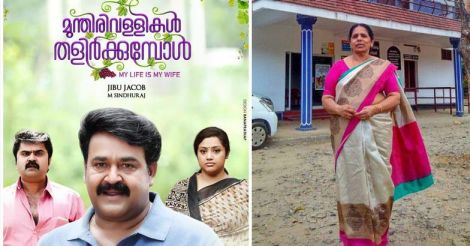 Thressyamma George has never waited for a movie with such elation. When lights went off at the Greenland Theater in Cheruthoni before the show on January 20, she knew she had made the right decision. The theater in the nondescript town in Idukki district was among the 337 halls across Kerala where the Mohanlal-starrer Munthirivallikal Thalirkkumbol was released. It was a milestone for the theater, the biggest landmark in Cheruthoni after the hydroelectric dam that shares the name with the small town.

Greenland Theater was a fixture in Cheruthoni’s life ever since the work on the reservoir started in 1964. The influx of the laborers of the Hindustan Construction Company meant steady business. Construction laborers and tea pickers from the adjacent plantations made weekly pilgrimages to the movie hall with whatever little they could save over the week to watch classics such as Bhaktakuchela and Snapaka Yohannan.

Almost all Malayalam movies released in the 1970s were projected across the cavernous Greenland for months. Then the movie hall lost its patrons. Chittadichalil C K Kumar, the man who brought cinema to Cheruthoni, put up the hall on sale.

Enter Thressyamma, the unlikely entrepreneur with a passion for movies.

Thressyamma was aged only 32 when she made the most brave decision in her life. The single mom with two minor children sold a part of her inheritance and bought Greenland Theater from Kumar for Rs 2.80 lakh. Many of her well-wishers thought she had gone crazy. Greenland was a shipwreck in 1982. Thressyamma, however, knew what she was doing. She was determined to follow her dreams despite the untimely death of her husband. After all, cinema was her first love. She learned the ropes on the go. Greenland became a modest breadwinner for her. Still her life and career as an exhibitor had all the twists of a celluloid tale. 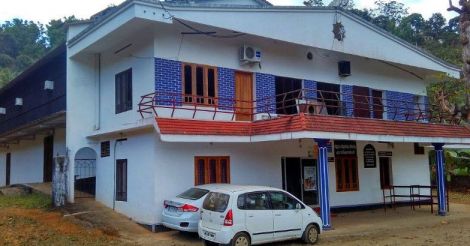 A movie hall was not a lucrative business in a small town like Cheruthoni. No one wanted to release a new movie in a remote place. As a result, patrons of Greenland only got to watch movies which were already a few months into their release in big cities. At one stage, it looked like the movie hall was on the verge of closure but Thressyamma was not one to be bogged down by setbacks.

She was in love with movies and her movie hall.

The plight of small-town movie halls went from bad to worse as movies reached their audience in laptops and mobile phones. Greenland Theater was no exception. Then the unthinkable happened. Curtains came down on the movie hall in 2010 after its owner was left bedridden with a spinal injury.

Thressyamma had seen both her sons making it big in life. She had grandchildren around her. It looked like a perfect time to retire and relax. The unlikely entrepreneur had other plans though. She used the downtime to renew and refurbish Greenland Theater. She sold off her land and gold to raise funds for the work. The movie hall was back in business in June 2015.

Thressyamma still had a dream to fulfill: to exhibit a movie on its debut day. The blockbuster Pulimurugan was released in Greenland three months after its opening on October 7. She blames some of the exhibitors in nearby Kattappana for the late release of movies. The association of theater owners were of no help. Liberty Basheer played down her request for a movie when she called. He thought it was a bad idea to release a movie in Cheruthoni at a time when theaters in larger towns went with emptier halls.

The release of Munthirivallikal Thalirkkumbol in Cheruthoni was another brave decision by Thressyamma. Even halls in Nedumkandam and Kumily were not daring enough to take the risk. Exhibitors shy away from spending big on movies because they are not assured of the returns, the 67-year-old woman says. 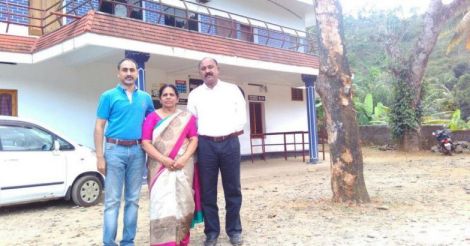 “There is no guarantee that the audience will come to watch a movie even if it is good. You have to take risk in this business. You have to be daring because the returns will be doubly sweeter then,” Thressyamma sums up her philosophy of work.

She has Sophia Paul, the producer of Munthirivallikal Thalirkkumbol, to thank for the release of the movie. “Small exhibitors like us need a helping hand from the producers. I had never imagined that I would be able to screen this movie on its opening day. This became a reality only after a new association was formed (after the exhibitors' strike that led to a standstill in the Malayalam movie industry for about a month)” she said.

Characters like Thressyamma play a crucial role in the story of Malayalam cinema. She is one of the few exhibitors who have resisted the temptation to convert their movie halls into more profitable ventures that can tap into their real estate value. The plot where Greenland stands is worth a fortune. She had steadfastly refused offers to buy the land in the center of the town.