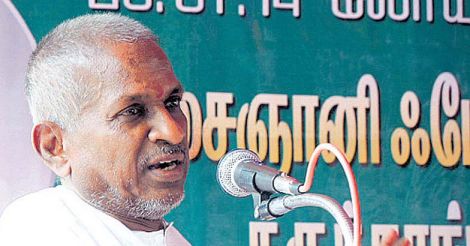 Thiruvananthapuram: Music maestro Ilayaraja was on Tuesday presented the prestigious 'Nishagandhi Puraskaram' by Kerala government in recognition of his valuable contribution to Indian film music.

Chief Minister Oommen Chandy presented the award to Ilayaraja at the inaugural ceremony of the Nishangandhi annual dance and music festival organized by the State Tourism Department.

Speaking on the occasion, Chandy said Kerala government would provide five acres of land for Ilaiyaraja to start a music academy. The Chief Secretary has been asked to identify the land for the project, he said.

In his reply, Ilayaraja said he was very happy to receive the award and that the objective of starting the music academy "is to produce hundreds of Ilaiyarajas".

A Padma Bhushan recipient, Tamil Nadu-born Ilayaraja is hailed for raising the bar of mainstream music by fusing Indian folk music with various elements of Western classical to create a new genre that is hugely popular across regions and generations.

State Tourism Minister A P Anilkumar was among those who were present on the occasion. Sitarist Anoushka Shankar, daughter of the legendary Ravi Shankar, presented the opening performance of the festival.