The legend of Aranmula and a grand feast 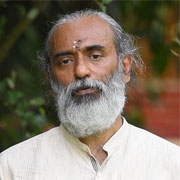 The majestic temple stands atop a flight of steps upon the River Pamba, reflecting multiple perceptive layers – of a place of worship, a cultural centre, and a gateway, transporting the awestruck devotee to the mythological past.

The devotee is not the first – nor the last – to follow ecstatic generations before him to Dwapara Yuga, providing their inner eye a glimpse of Mahabharata, Bhagavad Gita and Mahaprasthanam, tracing the footsteps of Pandavas all the way to Mount Sumeru.

The two-storey gateway tower at the entrance reminds of the belief that Arjuna, the third among Pandavas, had built the temple at Thiruvaranmula, as Yudhishthira installed the deity at Thrichittatt near Chengannur, Bhima at Tripuliyoor, Nakulan at Thiruvanvandoor and Sahadevan at Thrikkodithanam. The Pandavas had then embarked on Vanaprastha after the battle of Mahabharata, along with Draupadi.

Devotees consider it a virtuous deed to visit all these three temples on a single day.

The story behind the name

Legend has it that Aranmula got its name after Lord Krishna arrived at the place on a six-bamboo (aaru - six, mula - bamboo) raft, presented by members of the Chakkan community upstream near Nilakkal. The Lord rowed the raft downstream, and landed to the west of the present temple, where he had seen a lamp in a lighthouse.

Local residents, who saw the radiant individual, took him to a more convenient place. The Vilakkumadam Kottaram still holds a prominent place as the original precinct, and rituals associated with the Aranmula temple festival are held here also.

The eight century Tamil poet, Nammalvar, had referred to the Aranmula Parthasarathy Temple in his works, which points at the fame of the temple. Nammalvar was one of the 12 Alvar saints of Tamil Nadu.

The temple was under Thekkumkoor till Kollavarsha (Malayalam era) 926 (1751), when Travancore conquered the land. Marthandavarma, the king of Travancore sat in the temple for 12 days from the first of Malayalam month of Vrishchikam and performed rituals and pujas to atone for the sin of killing several people of Thekkumkoor.

Though Parthasarathy (charioteer of Arjuna – Lord Krishna) is the presiding deity, some believe that the deity is Krishna in his magnificent incarnation, or the vishwaroopa pose, which he had shown to Arjuna during the Mahabharata war. The idol is six-feet tall, and depicts the four hands of Lord Vishnu.

There are differences of opinion regarding the material used to make the idol, which survived a huge fire accident in the 18 century. But all experts agree to its perfection.

Though the belief that the presiding deity is Parthasarathy, the Lord of Aranmula Lord is famous as the provider of food. Most rituals of the temple are linked to food, and those holding 'bhajan' (prayerfully sitting in temple) are provided food from the temple. The spread is known as 'Bhajana Sadya.' The 'Bhajana Sadya' (feast offered to those sitting in bhajan) is mostly offerings made to the temple by the devotees.

Other offerings dear to the Lord are 'thechukuli sadya' and 'valla sadya.' Devotees offer food to fish – known as 'thirumakkal' or the children of the Lord) at the ghat where 'palliyodams', or snake boats, dock for the 'valla sadya.'

Legend has it that the origin of 'palliyodams' is linked to the 'valla sadya.' It is said that Bhathathiri of Mangattu Illam at Kattoor, a village north of Aranmula, used to perform 'kalkazhukichoottu,' a ritual of washing the feet and presenting gifts or food on Thiruvonam day. Once, no one turned up for the ritual. A Brahmin boy visited the worried Bhattathiri, and was served food. While leaving, Bhattathiri asked him to visit the 'illam' (a Brahmin's home) the same day, next year also. The boy, however, disappeared after telling the Bhattathiri to send the food to the Aranmula temple.

Next year onwards, Bhattathiri left for the temple on a boat loaded with food on the Uthradam evening, and reached the temple on Thiruvonam, the next day. Later, as robbers became a menace, others in the locality accompanied Bhattathiri in snake boats. Currently, as many as 52 boats accompany the representative from the Kattoor family.

Mangattu Bhattathiri's family later shifted residence to Kumaranalloor in Kottayam. Still, a representative from the family reaches the Kattoor temple by boat, and stock the 'thiruvonathoni' with materials – vegetables and provisions – needed for preparing the Onasadya, and before starting the customary journey to the Sri Parthasarathy Temple.

The 'thiruvonathoni' (main boat, considered divine) with its lamp flickering, and the accompanying flotilla of snake boats nearing the temple ghat through the mist on Thiruvonam morning is a sight to be seen!

The 'valla sadya' is exclusively for the invited oarsmen. Only those oarsmen invited by the devotee making the offering are allowed into the dining hall. Those who do not know this, often create confusion during the sadya. The feast is served to all visiting the temple on Ashtami Rohini, the birthday of the Lord.

The oarsmen on the invited 'palliyodam' are welcomed at the temple ghat with betel leaves, arecanut and other items. Those making the offering lead the oarsmen, clad in the traditional white 'mundu' and 'thorthu' to the temple. They enter the dining hall after circumambulating the sanctum sanctorum and making offerings in front of the flagstaff.

The most interesting part of the feast – one of the largest in India with 64 different vegetarian dishes – is the guests demanding various dishes poetically in the 'vanchipattu' (boatman's song) style.

Watch the video to know more