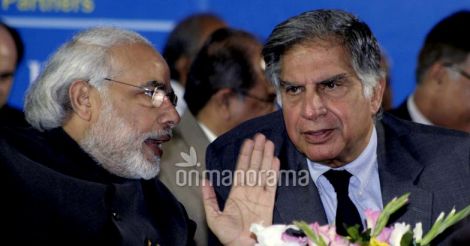 Ratan Tata, the interim chief of Tata Sons, wrote to prime minister Modi on Monday informing him about the decision to remove Cyrus Misty as chairman of the group.

Tata wrote to the PM soon after assuring his employees of the decision. Some are baffled by this unprecedented move and are asking why the the chairman has to inform the PM about an internal matter of the company.

"A new management structure is being put in place and a Selection Committee has been constituted to identify the next chairman of Tata Sons," wrote Mr Tata to the PM in his letter.

The decision for removal of Mistry was taken at a board meeting, the company said. However, no reason was given for the sudden move.

A selection committee headed by Ratan Tata have been formed to find a new successor for the company within four months.

The state government should ensure the guidelines issued by the central government in this regard is...