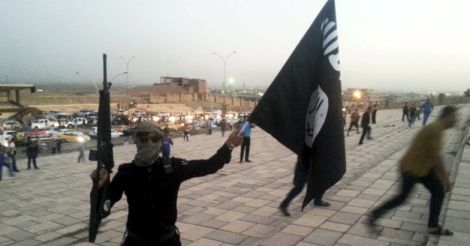 » Of the 21 persons, 17 hail from Padanna and Trikaripur in Kasaragod district while the others hailed from Palakkad

» It is believed that the two of the three women, who went missing, are carrying

» The missing persons are below the age of 30 and highly qualified, including medicos and engineering graduates

In just 4 days - girl converted, indoctrinated in IS ideology, and now she is missing

» However, Kerala DGP Loknath Behera has said it has not been confirmed whether the missing Keralties had joined IS

» Father of Eesa and Yahiya, Vincent, alleged that his sons were influenced by Islamic preacher Zakir Naik

» Firoz Khan of Elambachi in Trikaripur, who went missing along with 16 others from Kasaragod, arrested by Intelligence Bureau from Mumbai

» The Kerala police have decided to slap UAPA on the missing persons who have been confirmed to have links with the terror outfit Islamic State of Iraq and Syria (ISIS).

» One of the missing Keralite woman sends video message to her family in Kasaragod, in which she said that they were not terrorists

» The agencies are expanding their probe into Middle-east countries

» More cases: Missing Palakkad youth suspected to be in Iran, one youngster from Angadipuram in Malappuram also feared to have joined terror outfit