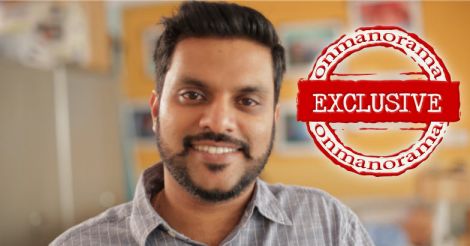 Rahul Alex Panicker, 34, Co-Founder and President of Bengaluru-based health technology company Embrace Innovations, has been named in the list of 'Top 35 innovators under 35' brought out by the MIT Technology Review, published by the Massachusetts Institute of Technology. Larry Page and Sergey Brin, the co-founders of Google, Mark Zuckerberg, the co-founder and CEO of Facebook and Jonathan Ive, the Chief Designer of Apple have all been previously named in the prestigious list.

An alumnus of IIT Madras and Stanford, Rahul hails from Vayalikada near Thiruvananthapuram. Rahul is the son of P.C. Mathen Panicker, an engineer who used to work in Kuwait in telecom sector, and Moly Panicker. In an exclusive chat with Onmanorama, Rahul opens up on his formative years, how he developed an inclination for technology and his company's core values.

Tell us about your school, college days?

I spent two stints in Trivandrum - from 1991 to 1993 (6th and 7th), and then 1996 to 1998 (11th and 12th). Both of those were at Sarvodaya Vidyalaya, Nalanchira. I didn't go to any entrance coaching centers, though I did have private tuition in physics and chemistry. This meant that my schedule was not very punishing in my 11th, 12th standards. Playing cricket after school and catching up on movies was a lot of fun. I also thoroughly enjoyed Malayalam poetry at school. My family lives in Vayalikada. My father, P.C. Mathen Panicker, is an engineer who used to work in telecom sector in Kuwait, and my mother, Moly Panicker, is a homemaker.

How did you develop an inclination for technology?

It must have been instilled by my father, who is an engineer. He used to fix things at home and have me as his assistant. In school days, my primary interest was physics and maths. Later, IIT Madras happened. Inclination for technology grew over my years at IIT Madras. I did telecommunications and signal processing there, with a minor in physics. The TeNet group at IIT Madras led by Prof. Jhunjhunwala and Prof. Bhaskar Ramamurthi was doing work in telecommunications, video conferencing, etc. to enable rural communication, remote diagnostics, etc. The group's work was an early inspiration.

This interest developed further when I was at Stanford, in the heart of Silicon Valley. The Google guys had graduated from a lab right across the road from my building. Hewlett and Packard's first oscillator that they sold to Disney and started HP was on display in my building. I attended classes with multiple Nobel Laureates. It is hard not to be inspired in those surroundings.

I did a number of diverse things at Stanford. I got paid by Stanford for 4 years to throw parties. I worked at a subatomic particle accelerator running experiments. I worked on medical imaging. My thesis work involved artificial intelligence and physics. I also learned design thinking and product design - hung out at a homeless shelter in California to design solutions for them and went to the Burning Man festival. I was also part of the religious round table at Stanford, where we spent time with Buddhist monks, Scientologists, Jewish Rabbis and even a practicing witch - a High Priestess of the Church of Wicca.

The World Health Organisation estimates that about 450 babies die every hour, within the first four weeks of their lives. Embrace Innovations created a infant warmer for $300 while incubators cost as mush as $20,000. We at Embrace hope that every baby goes on to celebrate his or her first birthday. Embrace was founded to help develop technologies that help people to deal with lack of access to health care facilities in emerging markets with affordable prices.

Can you elaborate on Embrace Innovations? 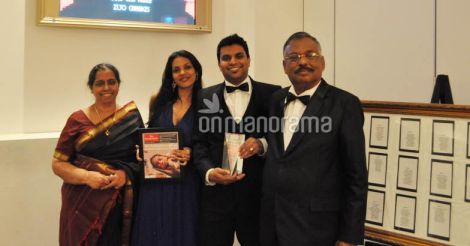 Rahul Alex Panicker with his family at the award ceremony of The Economist Innovation Awards at BAFTA theater in London.

Yes, we are VC funded. We have raised two rounds. The first round was led by Vinod Khosla, and Jeff Skoll's (eBay) Capricorn Investments, with smaller participation from Kiran Mazumdar-Shaw and Ranjan Pai (Manipal). The second round was led by Marc Benioff (Salesforce.com).

How many employees do you have?

What are your plans for the company?

We just successfully launched a new product in the US through a Kickstarter (crowd-funding campaign). We are also developing a new product for developing countries using IoT and artificial intelligence algorithms for remote diagnostics of babies.

Who are your co-founders?

Embrace Innovations was started by 4 of us - myself, Jane Chen, Naganand Murthy, and Linus Liang. Two Americans and two Indians. Jane and me run the show now.