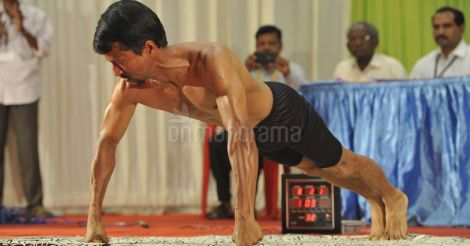 Kochi: K. J. Joseph, manager of an ayurveda centre in Munnar, bettered the Guinness World Record of 79 knuckle push-ups (press ups) in a minute set by Ron Cooper of the US in 2015 by doing 82 push-ups in 60 seconds (ie. about 1.35 push-ups in a second). 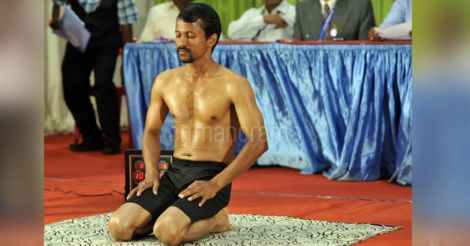 Joseph, however, will have to wait for the officials of Guinness World Record to validate his accomplishment to officially be the record holder. We at Onmanorama think that the GWR authorities should make a whole new category to cover Joseph's feat as he is a total vegan and never hit the gym to prepare his muscles for this gruelling test. 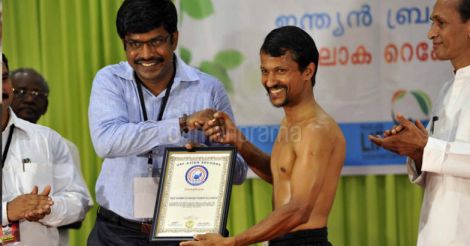 Joseph, who hails from Chathanthara in Erumely, demonstrated his prowess at Ernakulam Town Hall in front of District Collector M.G. Rajamanickam IAS during a seminar on naturopathy. 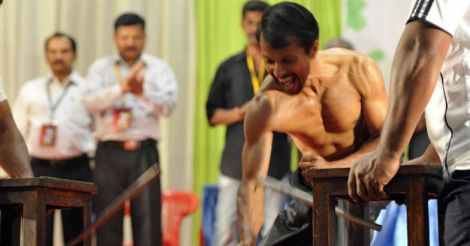 Joseph has already entered the Universal Record Forum by doing 2092 push-ups in an hour. He is currently a record holder in the India Book of Records.