Environmental education is an important approach in reaching out to people. Photo: Saikat Kumar Basu

Environmental education is an important approach in reaching out to people, or in more specific terms, our young and future citizens, educated section of the society and the elites. But what about a significant section of our society that lives in remote rural areas, inaccessible border regions, remote forest residents, fringe dwellers, marginalized rural communities and many more that do not form the core target group for environmental education and awareness campaigns?

In fact, they live much closer to the nature and are much vulnerable to any negative change(s) that may impact their immediate natural environment and fragile ecosystems. Are we thinking about them? Do we have any suitable programs for sensitizing such marginalized communities spread across the length and breadth of the nation and are often invisible to us? They represent a significant section of our national population and unless these communities and groups and remote rural areas are brought within a workable framework of the much hyped and propaganda oriented national environmental awareness campaign, very little meaningful results could be obtained at the grass root levels. 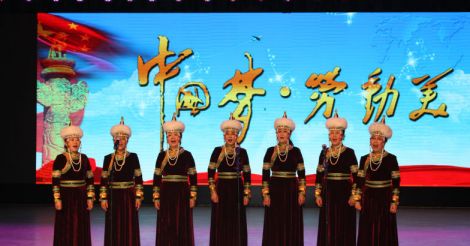 Now the important question to ask is how to reach them efficiently and effectively. Developing programs that could cater to such marginal populations is another challenge. Urban and conventional rural environmental awareness programs will not be attractive or relevant enough to capture the attention of such nature based communities who live under abject poverty, economic impoverishment, poor or zero health care facilities with only functional literacy or zero literacy.

They often receive very little government support and are heavily dependent on local forests for their daily sustenance and survival. Some of these marginal and distant communities even speak different regional languages or distant dialects of local, native languages and have different socio-economic customs that differ from the mainstream socio-political life. To understand and cater to such isolated and marginalized populations across various states of the nation from the perspective of national environmental awareness campaigns is not only extremely challenging but to mind a daunting task!

This is not just a unique problem encountered in India alone, but a global issue faced in several developing and under developed nations across the continents of Asia, Africa and Latin America. However, there is a silver lining behind this dark cloud of uncertainty, discrimination and failure on the part of the government and the mainstream society to include such marginal communities in their awareness campaigns.

Several government agencies and NGOs working among such marginalized and isolated communities across developing and developed nations, including India, have recorded some success in reaching out to such people and communities through continuous dedicated and ground breaking hard work and sincere efforts, attempting to open process of various forms of communications and catering to their immediate needs and by respecting their local social values and customs.

One of the most important approaches to succeed in reaching out to marginal and isolated, remote, rural communities is hiring local or regional community members that are well versed in their local and/or regional languages or dialects. In a multi-ethnic, multi-language nation like India, this model has worked successfully for generations, where vernacular or in more specific terms regional and/or local vernacular media approach is used for the purpose of all communications, dialogues, discussions and meetings with such communities. 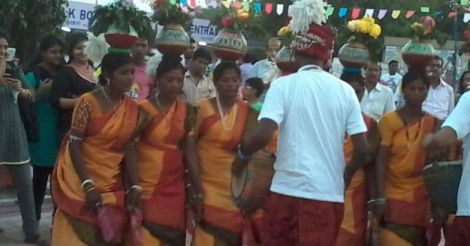 Several NGOs like the Science Association of Bengal, West Bengal Science Forum have achieved ground breaking success in reaching out to marginalized communities in the state of West Bengal. Photo: Saikat Kumar Basu

Secondly, ground staff members, enthusiasts, volunteers, and government agents must be properly trained in local socio-economic and socio-political traditions and customs, local culture, religious faiths and beliefs and local languages/dialects to be able to penetrate deep into their society without looking authoritarian at the initial levels of communication.

Once a friendly link of communication is established, it is important to slowly include and involve these communities as important stakeholders to the major conservation efforts and programs of their region through various participatory models. Unless socio-economic benefits are made a part of the deal, very little ground success is expected from a long term perspective.

However, if the local communities are made to realize how their participation in conservation efforts could be important for protecting their local forests, reduce their anthropogenic footprints in sensitive local ecosystems, avoid over harvest and over exploitation of local forest resources in a judicious manner, extend the life of the forest major and minor products/produce on which they are so heavily dependent, some positive changes are bound to come into effect within an acceptable time range.

Some communities may be a little more difficult to convince in terms of environmental awareness and conservation efforts than others, but if perused with respect, sincerity and dedication, success is assured at the end. But the efforts need to be consistent without deeply interfering in their social traditions and customs and religious practices. This is indeed a tight rope to walk, but has shown positive results across the globe in developing and under developed nations of Asia, Africa and Latin America.

Global environment will be protected better through local and regional attempts. Hence, it is important to think globally but act locally to generate success in environmental awareness campaigns.

Several NGOs like the Science Association of Bengal, West Bengal Science Forum have achieved ground breaking success in reaching out to marginalized communities in the state of West Bengal. The Dhaka based Aranyak Foundation has also done exemplary work in different remote districts of Bangladesh in promoting sustainability, environmental awareness and in reshaping rural economy. More prominently, Nagaland in remote NE India has demonstrated to the whole world how a change in attitude from hunting-gathering to conservation of migratory bird species has transformed Naga societies in remote rural areas and brought the state several national and international awards and accolades. 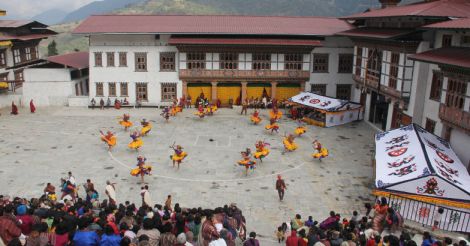 The best example of environmental awareness have been demonstrated in South Asia by the Kingdom of Bhutan. Photo: Sonam Tashi

The government of Sikkim should also be appreciated for slowly transforming traditional agricultural practices of the state towards organic agriculture. But perhaps, the best example of environmental awareness have been demonstrated in South Asia by the Kingdom of Bhutan by adopting pro-environment legislature and educating and involving all communities within the kingdom towards sustainable living, conservation of nature and natural resources and in appreciating the gifts of nature as a rare privilege rather than a mere source of human over exploitation for daily sustenance.