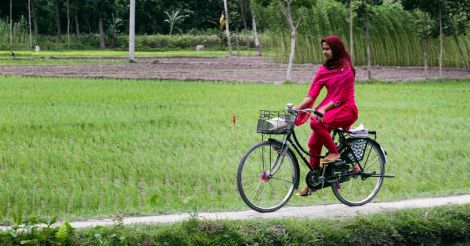 A girl rides a bicycle in a village in the northern part of Dhaka. File photo

Modern Bangladesh has emerged bearing the scars of the 1947 partition of the then British India as the erstwhile East Pakistan. The transformation of East Pakistan into modern Bangladesh has taken tremendous toll in terms of loss of helpless lives, destruction of properties and related humanitarian crises. Bangladesh has also unfortunately undergone several dictatorial episodes inter-spaced with democratically elected governments, and has been seriously impacted by Islamic insurgents over the past few decades.

Kudos to the Sheikh Hasina-led Bangladesh government that has walked the tight rope for a long time and has been trying to grow as an intermediate (middle income) nation state! The nation is bio-geographically contagious to both the eastern state of West Bengal and other north eastern states of India bordering Bangladesh. The vastly riverine ecosystems of Bangladesh harbor many endangered and endemic species of mammals, birds, fishes, reptiles and amphibians and represent spectacular biodiversity.

By the same author: Conservation challenges in SAARC nations - Part I

A lesson on sustainability from Cuba

Bridging the gap between economy and ecology 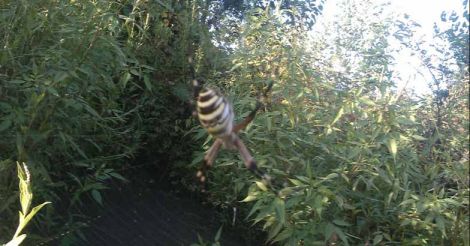 Although a late starter, modern Bangladesh has been catching up in her conservation efforts in protecting her magnificent dry-land and riverine forests, the most significant being the Sunderbans mangrove ecosystem. Photo: Saikat Kumar Basu

Unfortunately, poor or lack of any serious conservation efforts in the past has caused the loss of countless species of flora and fauna in Bangladesh while they are still found in large numbers in neighboring India and Myanmar. Although a late starter, modern Bangladesh has been catching up in her conservation efforts in protecting her magnificent dry-land and riverine forests, the most significant being the Sunderbans mangrove ecosystem divided between India and Bangladesh. The tiger and related wildlife conservation efforts across the nation have demonstrated some level of success, although the last remaining elephant population in Bangladesh is now restricted only to the Chittagong Hill Tracts. 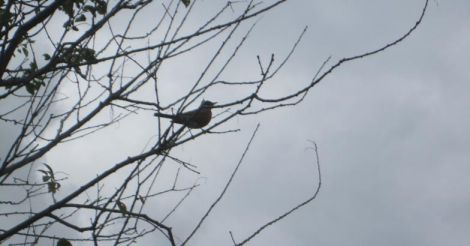 Bangladesh has to go a long way in establishing sustainable practices and protecting her local forests, wildlife and ecosystems. Photo: Saikat Kumar Basu

Poaching, wildlife trafficking, stealing of forest products and produce are rampart across the nation with very little ground success for the government in reducing or curbing them. An exponentially increasing human population with no proper planning, lack of employment opportunities, slow economic growth for decades, along with ethnic violence and insurgency, have crippled economic opportunities of the nation for a long time putting excessive pressures on the local forest resources and eroding local biodiversity. Bangladesh has to go a long way in establishing sustainable practices and protecting her local forests, wildlife and ecosystems. However, within her limited opportunities, the nation must be appreciated for her recent conservation efforts.

The island nation of Sri Lanka also has a similar history of ethnic and sectarian violence, negative impacts of insurgency, political instability, over population, slow economy and poor infrastructure for decades like Bangladesh. A newly emergent Sri Lanka has been looking for peace, stability and economic growth in the form of regional as well as direct foreign investments and international tourism to become economically sustainable and build infrastructure and open up opportunities for her growing population.

Sri Lanka is unique with respect to the fact that it is an island nation separated millions of years from the subcontinent and hence, represents a unique flora and fauna, such as separate sub species of leopards, elephants, birds, fishes, amphibians and reptiles. This makes Sri Lanka an interesting bio-geographically isolated region with distinct species of flora and fauna and a living laboratory of biological speciation and evolution. 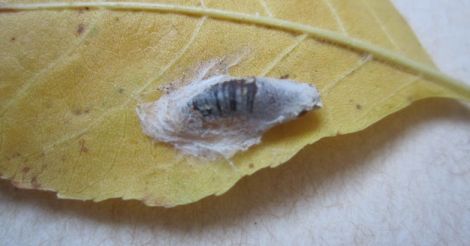 In spite of her financial and technical limitations, Sri Lanka has always done an impressive job of protecting many of her vulnerable species. Photo: Saikat Kumar Basu

In spite of her financial and technical limitations, Sri Lanka has always done an impressive job of protecting many of her vulnerable species. However, mining, rail and road constructions, building bridges and ports have disturbed many of her vulnerable ecosystems and pushed the local wildlife in several areas to come in direct confrontation with the surrounding human populations. Increasing reports of human-animal conflict across the country has been pushing many majestic species towards extinction and need to be properly managed by the government and local environmental and conservation agencies.

Maldives is a tiny island nation of an archipelago of several small atolls and numerous coral islands, majority of which are uninhabited and located in the Arabian Sea south west of India and Sri Lanka. Maldives has been a peaceful nation post-independence. However, the past decades have seen violent political agitations, instability and disturbances seriously impacting the socio-economic structure of the island nation. Maldives has been a region of majestic beauty, spectacular marine biodiversity, but poor in natural resources. Over population and over exploitation of the scanty natural resources, unplanned expansion of human habitations and the tourism industry have impacted local ecosystems seriously. 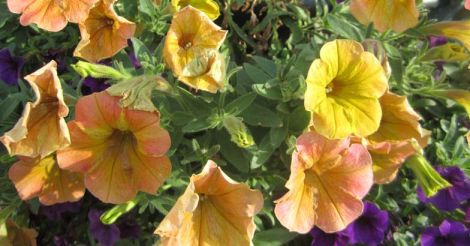 The SAARC platform can be efficiently engaged in extending cooperation with respect to conservation of nature, wildlife and biodiversity between adjacent nations. Photo: Saikat Kumar Basu

Furthermore, global warming and climate change impacting low lying areas across the planet have also impacted Maldives, parts of Sri Lanka, Bangladesh and coastal India, making these regions vulnerable to frequent flooding due to a rising sea level, cyclonic disturbances, tsunamis and shortage of fresh drinking water supplies. Accumulation of domestic garbage and solid wastes in many of the uninhabited atolls and islands have been severely polluting local marine ecosystem and pushing several local species towards extinction. Being heavily dependent on tourism industry, Maldives has not been able to take appropriate measures to protect the environment and conserve local marine biodiversity. Relocation of the human population to alternate countries or even proposal for selling some of the uninhabited islands to other stronger economies have resulted in confusion and strain in diplomatic ties with adjacent countries.

Bangladesh, Sri Lanka and Maldives lack resources, training and experiences in handling critical conservation issues and to protect the local environment from a long term perspective. Hence, they will need external support in form of funding, modern technology and practices as well as experience from adjoining nations like India, as also from local, regional and international nature and conservation agencies. It will be greatly beneficial for adjacent nations to tackle the challenges of environmental pollution and conservation of nature, ecosystems and wildlife through some cooperative and collaborative initiates such as Joint Conservation Initiative (JCI).