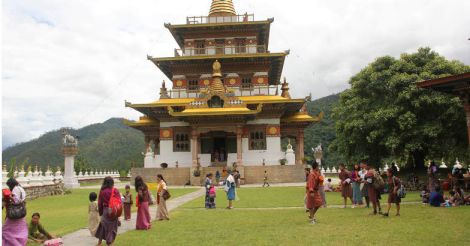 Other than the tiny kingdom of Bhutan, most nations in the region have been significantly impacted with loss of biodiversity due to several natural and anthropogenic factors. Photo: Sonam Tashi

I have been discussing issues and problems related to conservation in India for the past couple of months. Now, let us take a break from India and look beyond our international borders into the situations and conservation priorities in different countries across South Asia. Broadly speaking, the Indian subcontinent or South Asia comprises Afghanistan, Pakistan, India, Nepal, Bhutan, Bangladesh, Maldives and Sri Lanka.

The definition can be extended to Myanmar (Burma), the south east Asian country, which is bordered by North East India and Southern China in the north and with SE Asia in the south. Myanmar represents a region that serves as an important eco-transition zone between the Indian subcontinent and SE Asia.

In short, other than the tiny kingdom of Bhutan, most nations in the region have been significantly impacted with loss of biodiversity due to several natural and anthropogenic factors. All the countries in the neighborhood undoubtedly have rich biodiversity, fragile and vulnerable ecosystems, rapidly expanding human populations with unstable political systems and poor economy. With the World Health Organization (WHO) suggesting polluted environment killing over 1.7 million children every year, conservation efforts in densely populated South Asia becomes even more important. 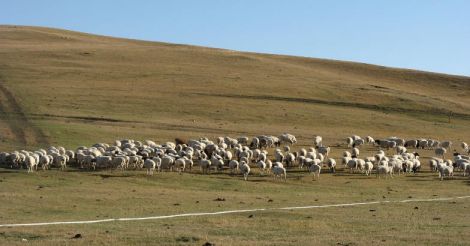 Conservation efforts are way below the level of what is needed for protecting the vulnerable ecosystems and the conditions of several rare, endangered, endemic species of flora and fauna are absolutely uncertain. Photo: Saikat Kumar Basu

Also check: A lesson on sustainability from Cuba

Furthermore, the entire Indian subcontinent has been one of the most populous and insurgency impacted areas of the planet. If the quality of life overall is so poor, one can easily imagine how vulnerable are the local forests and wildlife and as a matter of fact, the local biodiversity. Conservation efforts are way below the level of what is needed for protecting the vulnerable ecosystems and the conditions of several rare, endangered, endemic species of flora and fauna are absolutely uncertain. Most countries across the subcontinent unfortunately do not have any long term plan for conserving nature, environment, ecosystems, forests, wildlife and most importantly, their rich biodiversity. 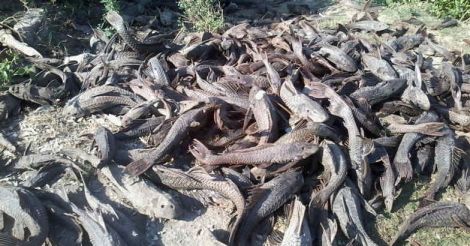 Most countries across the subcontinent unfortunately do not have any long term plan for conserving nature, environment, ecosystems, forests, wildlife and most importantly, their rich biodiversity. Photo: Saikat Kumar Basu

Wildlife trafficking, poaching, unscientific harvest and management as well as stealing of major and minor forest products have further devastated the local ecosystems often beyond irreparable damages with no concern and initiative from the local and regional governments. Several countries across the region like Afghanistan, Pakistan, Bangladesh, Sri Lanka and Myanmar have been suffering due to unmonitored and uncontrolled impacts of insurgency and terrorism related activities, instable, incapable and corrupt governments with history of poor administration as well as lack of credibility, proper governance, modern infrastructure and economic planning.

Each country in the neighborhood may be different, but the overall story remains the same with Bhutan standing out an exceptional country with sincere dedication towards conservation and protecting her unique biodiversity successfully. No praise is enough for the eco-environmental initiatives taken by the Bhutanese government and their pro-environment stand in protecting and conserving her natural resources like virgin Himalayan forests, wildlife and biodiversity. Home to a number of rare and endangered species of flora and fauna, Bhutan has made monumental contribution in conservation by limiting the expansion of agricultural, industrial and infrastructural developments within the nation.

Stringent monitoring and surveillance by Bhutan, along with judicious limitation of annual tourist footprint within the country, education and awareness of the mass along with sensitivity and respect towards nature and wildlife make Bhutan as a model conservation practising nation around the globe, left alone South Asia. Any tourist visiting Bhutan will be able to appreciate the gross difference with respect to the quality of natural environment from adjacent countries. Bhutan should serve as a model of conservation for the entire neighborhood of South and SE Asia. Limiting exploitation of her natural resources, Bhutan has been successful in conserving most of her unique and fragile Himalayan ecosystems.

Myanmar, as a nation has recently seen the light of democracy after several decades of ethnic clashes, military dictatorship, civil wars, sectarian violence, insurgency, prolonged droughts, deaths and socio-economic problems. The political situation within her boundaries is still extremely vulnerable. Yet, Myanmar has made a fresh start in developing infrastructure, building her economy, taking care of her vast natural resources and engaging to some extent in long-term forest and wildlife conservation practices. The region is the abode of several endangered species like the Indochinese leopard, Indochinese tiger, Asiatic elephants, red panda, and different species of primates, deer, bats, birds, fishes, reptiles and amphibians. 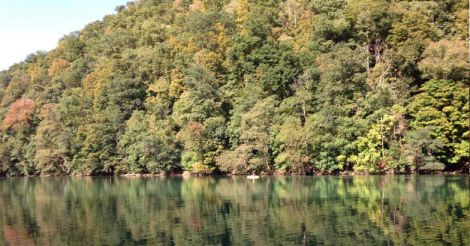 The new and democratically elected Myanmar government has established new sanctuaries, biodiversity and national parks and demarcated wilderness areas for promoting ecotourism and recreation. However, the nation is in desperate need for allocating more funds directed towards conservation. Myanmar is also in serious need for external funding from international conservation agencies to deal with her serious conservation challenges.

Furthermore, education and awareness among the communities to establish the need for conservation of Myanmar’s rich biodiversity is still a very long destination to reach. Vast parts of the nation are grossly under explored with poor infrastructure and economic growth. Extensive modern surveys need to be conducted under the guidance of international conservation agencies to get true estimation of the realistic profile of the regional biodiversity of Myanmar.

Nepal, like Myanmar, is a rich bio-diverse nation that has been walking the democratic path, but the political instability and lack of initiatives and funding have been detrimental for her long-term success in the conservation efforts within the country. From her centuries-old survival as the lone Hindu kingdom of the world, lodged in the Himalayas between China in the north and India in the south, Nepal has seen devastating Maoist insurgency and blood bath for a decade.

Although democracy has been established and hard earned peace has returned to the nation, ethnic tensions and natural disasters like major earthquakes, landslides and related natural disasters have taken a heavy toll on the nation in the past few years. The situation of the common people on the ground, particularly in the remote, rural districts, post-earthquake have been pathetic with very little aid reaching them in spite of a huge global support mostly due to mismanagement, high levels of corruption, lack of proper administration and governance. As a consequence, poorest people and communities across the nation are becoming more dependent on scanty natural resources and local forests for their daily sustenance.

Habitat loss and habitat fragmentation are thus being among the major factors contributing loss of local biodiversity at an alarming rate in Nepal. Illegal encroachments are common with human-animal conflicts reported across Nepal in addition to poaching and wildlife trafficking along international borders with India and China.

However, credit must be given to Nepal for her interest in conservation in spite of severe limitations. Nepal has made significant progress in the conservation of leopards, tigers, elephants, red panda and one horned rhinoceros. Along with external support of funding, more sophisticated surveys, training and education of local foresters, conservators, ecologists and forest guards are essential to protect Nepal’s rich natural resources and biodiversity. 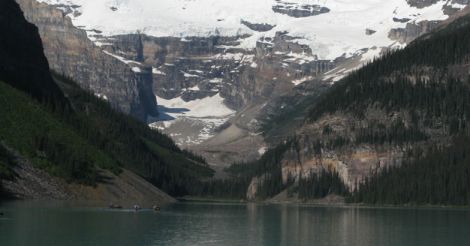 The entire Indian subcontinent has been one of the most populous and insurgency impacted areas of the planet. Photo: Saikat Kumar Basu

Meanwhile, the infrastructural and security concerns have been so great in this particular region that international as well as local tourism within these nations have been seriously limited, cutting opportunities for earning foreign exchanges and revenues for the local governments to be partly and judiciously used for conservation purposes. Although, Bangladesh, Sri Lanka and Myanmar have indeed demonstrated signs of socio-political and socio-economic recoveries, two countries in the region, viz., Afghanistan and Pakistan, are slowly moving towards uncertainty and destructive future.