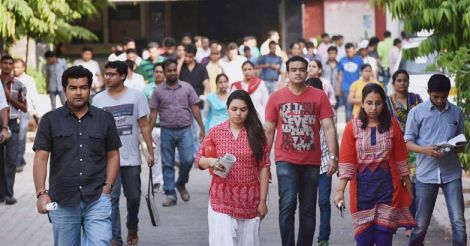 This year, those who qualified for the Class I services from Kerala were fewer than before. But the publicity relating to the winners broke all previous records, because of the proliferation of coaching institutions around the country, each of which claimed all the winners as their products. It appears as though the candidates were busy hopping coaching classes as far as New Delhi and every nook and corner of Kerala. It does no credit to the winners that the coaching classes claim that they are responsible for their success, while the fact is that it is the sheer hard work and systematic personal preparation that matter. A candidate with a fairly high rank complained that a coaching institution unfairly claimed that it was behind his. The knowledge that the candidates' trip to Delhi for the UPSC interview will be financed by the State Academy if they join it prompt many candidates to seek admission there, making it crowded and unwieldy. Some institutes do specialise in certain subjects and earn a reputation and attract students to them. The NSS Academy has a special reputation for international affairs and essay writing and the Pala Institute for Malayalam literature.

The methods employed by the institutes have changed the pattern of preparation, turning the candidates into robotic memorisers rather than seekers of knowledge. They do not imbibe wide knowledge as their predecessors did, but focus on probable questions and answers, based on “test series”, provided by the institutes, claiming even prior knowledge of the questions. The entrants today are more adept in memorising rather than in acquiring scholarship from basic sources. The so called “veterans”, who have failed to make it even after several attempts are the gurus in demand and not seasoned teachers from the academic world. The civil servants, who enter through the new route do not have the aptitude for learning, but the sheer ability to learn the barest minimum for the purpose of the examination. The results indicate that academically inclined candidates are left by the wayside, but technically prepared ones get higher ranks. Only if the preparation is broad based, we can expect to get rounded personalities for the services.

One significant change is that it is engineers, doctors and science students who compete for the civil services. Students of arts and humanities are few and far between. Does that mean that arts and humanities students have other avenues of employment? In any event, the change has resulted in a complete change in the profile of the bureaucracy. Something needs to be done to have a more balanced representation of various fields. The waste involved in recruiting graduates in subsidised professional courses to the civil services is another matter of concern. I was heartened to see that the youngest recruit this year from Kerala is a 22-year-old graduate in English Language and Literature.

The preference of services has also changed. The IAS still rules the roost, but even IPS is considered more attractive than the Foreign Service. Power, and in certain cases, money, is the attraction as the new recruits find the lifestyle of their seniors attractive. Having to live abroad even in reasonable comfort is considered unattractive. A sense of adventure and pride in representing the country abroad, which were the motivations to join the IFS, are absent in many young people of today.

We hear much about reform of the UPSC examination, but not much has changed since 2011. One reform that will help is the elimination of the two optional papers as the marks obtained will vary on account of different optional subjects offered. To provide a level playing field for everyone, the optional papers could be dropped and one more General Studies paper could be added.

It is also time to change the age eligibility for the examination and the number of attempts permitted. Clearly, the upper age limit of 32 does not match the desire of the government “to catch them young.” Moreover, the difference in age among the officers of the same batch will cause problems of deployment in specific jobs. Those who join will not remain in office for long to occupy responsible positions. Even if the age limit does not go back to 23 and chances to two, the present liberal system does not benefit the government or the officers. The period that the officers spend between College and the service may not have been usefully spent.

The revival of interest in the civil services even after the advent of a robust private sector is difficult to explain. Power and glamour may be enough justification, but there may also be a feeling that the work is less demanding in the government and more rewarding. A rigorous regimen of service and promotions and result-oriented assessment of officers make the civil services more purposeful and efficient.

The UPSC has a wide choice in recruiting civil servants and so far the examination has not been tainted by charges of corruption or nepotism. The confidence that the people have that the selection is fair is an incentive for young people to work hard to join the civil services. But the system should be reviewed occasionally to make the examination more in keeping with the demand of the times.

Told you guys I'd beat this: Abhishek Bachchan tests negative for COVID-19

The actor took to social media to share the good news on Saturday.