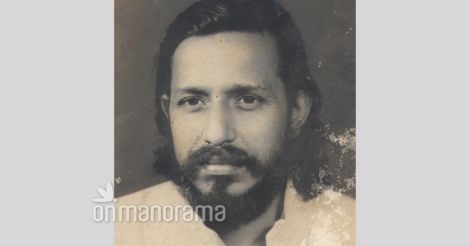 John Abraham was so inspired by the scene from Odessa’s Potemkin Steps that he decided to name his film movement, the Odessa Collective.

Like any other Malayali boy growing up in the 1990s, I enjoyed watching commercial films from Kerala. I was a particular fan of the Nadodikaatu series with Mohan Lal and Sreenivasan in the lead. What really set me apart from my peers and elder family members was an appreciation for what was termed (almost with contempt) ‘art films.’

The light, slow rhythm and lifelike feel of new-wave Malayalam cinema appealed to me in the pre-YouTube age, when access to the visual arts at home was often a privilege and had to be shared with family members.

One of the finest films I have ever watched was Piravi, a film inspired by the story of Professor T V Eachara Warrier, a human rights activist, who was famous for his struggle against the Kerala government during the Emergency in the 1970s. The film was Shaji N Karun's directorial debut and won the Camera D'or- Mention D'honneur at Cannes in 1989. Yet, even after that brilliant film at the Alliance Francaise (the French cultural centre) in Mumbai in 2011, the new wave and art film movement of Kerala slipped my well-deserved attention.

Flash forward to December 2017 to the beautiful and artistic gem of a city called Odessa in southern Ukraine. As I walked past lanes full of grandoise late-19th century architectural masterpieces and thought of travellers and writers who called on this city, people like Alexander Pushkin and Nicholas Gogol, I reached the top of the Potemkin Steps.

It doesn’t take a film aficionado to understand the significance of these steps- the scene of one of the most memorable scenes in the history of global cinema. Little flurries of snow landed on my already freezing cheeks, which longed for the warmth of the hotel room instead of the chilling breeze blowing in from the Black Sea. 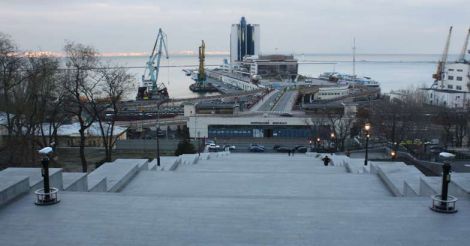 The beautiful and artistic gem of a city called Odessa.

With each step I took towards the waterfront down on this stairway, which looks much larger in photos than in real life, the more the scenes from Sergei Eisenstein’s classic, Battleship Potemkin, felt real to me. I could hear the screams of protestors being shot by Tsarist troops. Women and children who had no escape since angry Cossacks waited at the bottom for them.

I had always known that the scene from the Eisenstein film inspired many filmmakers, but decided to google a little more about it when I came across the remarkable work of John Abraham - for the millenials reading this column, no, not the Hindi film actor, but an underrated filmmaker from Kerala, who get much less than his due.

John Abraham was so inspired by the scene from Odessa’s Potemkin Steps that he decided to name his film movement, the Odessa Collective. Abraham, who was born near Alappuzha, lived a short but eventful life. He was known for his writing skills and produced fine short stories as well as film scripts, but there were just four films that he directed by the time of his death at the age of 49 in 1987.

In what was truly the pre-internet, pre-globalization age, Abraham undertook the now-popular mode of crowd-sourcing to fund one of the best films ever made by an Indian- Amma Ariyan.

Members of the public, who watched street drama and screenings of old classic cinema contributed amounts between two and ten rupees for the funding of the film. The funding programme commenced with Nayakali, a street play in Fort Kochi and moved on to villages across Kerala, where people watched Charlie Chaplin films. The maximum contribution allowed for the film was Rs 500.

Released on Christmas Day in 1986, the film attracted its fair share of controversy since it revolves around incidents following the death of a Naxalite.

In 2001, the British Film Institute featured, which called it 'a highly complex commentary on the history of the relationships between the personal, the social and the political,' listed Amma Ariyan on their list of the Ten Best Indian films ever made.

“The docu-poetic film about the journey of a group of young men through Kerala, all somehow related to an unidentified corpse, also becomes a journey through the histories of the socioscapes depicted,” the institute said about Amma Ariyan. “As the film unfolds in the form of a letter from a son to his mother, Abraham relentlessly uses bodies and landscapes as media through whom a discourse on the search for the cinematic-political is visualised. Dislocations of points-of-view are effected through imaginative camerawork, a highly uneven relationship between image and soundtrack montage and multiple performance styles.”

An informative blog (http://john-odessa.blogspot.in/) dedicated to the filmmaker is worth a read.

After Abraham’s death in 1987, Cheeram Veethi Sathyan or Odessa Sathyan who helped found the Odessa Collective carried the movement forward. He founded Odessa Movies and continued to screen movies for free for the public, while working on award-winning documentaries.

Sathyan’s documentary, Balikurup, on the poet A Ayyapan won the Kerala Sangeetha Nataka Akademi award. Odessa Sathyan passed away at the age of 56 in 2014.

Sergei Eisenstein’s film will forever link Odessa with Kerala, and thanks to modern technology, Malayalam non-commercial cinema from the 1960s to 80s will always be around for those who want to explore the depths that Malayali filmmakers went to showcase injustices and use cinema as a medium to bring about social change.

(Ajay Kamalakaran is the author of Globetrotting for Love and Other Stories from Sakhalin Island).