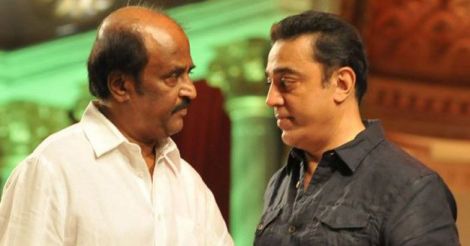 Rajinikanth and Kamal Haasan have always portrayed themselves as good friends in public too. But will politics change this?

Rajinikanth and Kamal Haasan are not exactly rivals in the film industry. They both work in completely different genres of movies. While Rajini is undoubtedly the one and only ‘superstar’ and caters to movies that match his image, Kamal tries to be more versatile.

Rajini connects with the masses in a more straightforward and simple manner, while Kamal prefers to be more artistic in conveying his message. Rajini has a strong fans association, Kamal has a group of friends.

They both have always portrayed themselves as good friends in public too. But will politics change this? The early signs are out there already. Soon after Kamal’s political party, Makkal Needhi Maiam (MNM)'s launch, Rajini told his supporters, “keep quiet… let the others make noise, let us make the noise at the right time.”

On Monday, ahead of Rajinikanth’s public meeting, Kamal took a jibe at him over illegal-hoardings, saying 'change must come from within.'

The recent film Batman vs Superman might have been a flop, but this real life political drama is sure to be more exciting and thrilling than that. 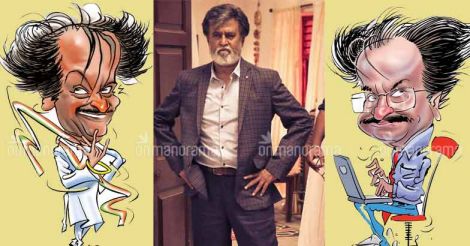 Rajini connects with the masses in a more straightforward and simple manner, while Kamal prefers to be more artistic in conveying his message.

Kamal has made it clear that he is neither Left nor Right, but centre. He has also on several occasions expressed his displeasure with saffron. Rajini had kept people wondering on what spiritual politics is. But on Monday, he lifted the haze by saying that he will follow the welfare-oriented path of MGR.

This would mean that the BJP, vying to grab power in the southern states, may side with Rajini during polls. But what about the two traditional parties? Will the next poll battle be fought from four sides, with the two actors and two traditional political powerhouses?

Corruption and lack of leadership are the major issues raised by both the actors. But corruption is nothing new to Tamil Nadu politics and the people have generally voted based on their perception of who is more corrupt and who is less.

But like Rajinikanth pointed out, there is a leadership vacuum. The erstwhile AIADMK is in tatters with several factions in the party. AIADMK is also sure of not having any chance of returning to power without ‘Amma’ (Jayalalithaa). Thus, it is only a matter of time that these factions break apart and form alliances with the newcomers. 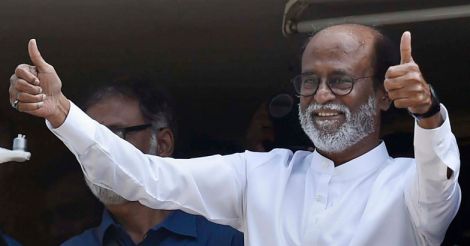 Rajani’s fans a few years ago would die for him, but such extremes are not to be seen anymore.

The OPS faction which is also seen as close to the BJP is likely to go with the Rajini-BJP combination. Of course, after taking advice from prime minister Narendra Modi (OPS recently said that he merged with the Palaniswami faction after Modi advised him to do so).

The DMK is likely to offer stiff resistance to the new players. Though Karunanidhi is ailing, he had named M K Stalin his successor unlike Jayalalithaa, who left without giving any hints on who will take over the reins of the party after her.

A triangular battle is sure on the cards in Tamil Nadu. Though, a wiser move would have been for Stalin and Kamal to form an alliance, it is unlikely considering Kamal’s idea of politics.

The question in everybody’s mind now is whether the fans will vote for the stars. Applauding and cheering for a star on-screen is different from voting them to power. Tamil Nadu itself has several examples of stars who failed politically, including the late Sivaji Ganesan.

The fans are not homogeneous groups and there are hundreds of Kamal fans who are also Rajini fans.

Kamal, with his MNM, is putting forth a new vision by stating that he will not resort to freebies. We will have to wait and see if the people, who are accustomed to the freebie culture followed by both the DMK and the AIADMK, are ready to put their faith in Kamal’s promise. 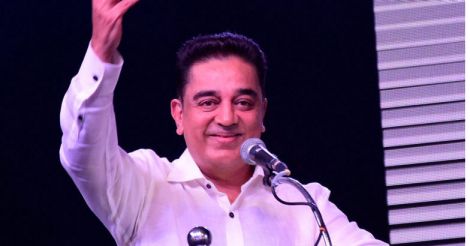 Kamal has made it clear that he is neither Left nor Right, but centre.

Rajani’s fans a few years ago would die for him, but such extremes are not to be seen anymore. He also made some box office flops, which even his fans couldn’t save him from. The new generation will cheer only based on performance, whether on or off screen.

Thus, fans of actors, who can’t save bad movies from busting in theatres, can definitely not save the stars during polls. Both the actors have an advantage of being new to politics and stand a chance to do what AAP could in Delhi. But they have to not let their guard down and show consistent performance to continue in power and as strong opposition, to usher in an era of politics in Tamil Nadu.

Read: Latest Columns | When emotions got the better of spectators

The Mumbai Police Commissioner said, 'Sushant Singh Rajput was searching his name for around two hours the night before his...