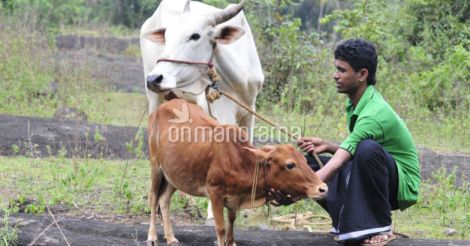 Thiruvananthapuram: A comprehensive insurance scheme for cattle will be introduced during the current financial year, state minister for animal husbandry and forest K. Raju said Wednesday.

A total of 40,000 cattle would be insured under the scheme this year and all cattle in the state would be brought under it by next year, the minister said while replying during question hour in the state assembly.

Farmer's share of contribution towards premium would be 25 percent and that of government 50 per cent while the rest would be born by civic bodies, he said.

The government has reached an agreement with a public sector insurance company for the scheme, he said.

Replying a question, labor minister T.P. Ramakrishnan said in the assembly that 34,66,550 persons have registered their names in the state employment exchanges.

As many as 7057 persons got jobs after the CPM-led LDF government came to power in May 2016, he added.