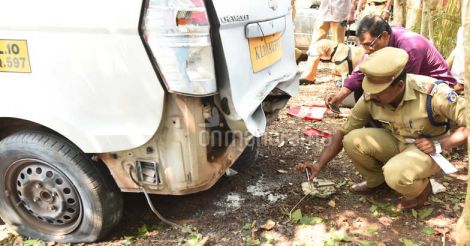 Police examine the blast spot on the premises of Malappuram collectorate.

Malappuram: The recent blasts on the premises of Kollam collectorate and at a court complex in Mysuru were meant to avenge the killings of Yakub Memon and Ishrat Jahan, a terror outfit named Base Movement has claimed.

In a video which was saved in a pen drive found from the blast spot in Malappuram, the outfit claimed responsibility for the low-intensity explosions, Manorama News reported on Thursday.

The blast on the premises of Kollam collectorate was to avenge the killing of Ishrat Jahan in an alleged police encounter in Gujarat. The Mysuru blast was in protest against the death penalty awarded to Yakub Memon in the Mumbai blasts case, it is said in the video.

The attacks in Kollam and Mysuru were held in connection with the death anniversaries of Jahan and Memon respectively.

The investigation team infers that Base Movement is the new avatar of Al-ummah, a Tamil Nadu-based terror outfit.

Earlier, a leaflet was found from the blast spot at Malappuram collectorate. The leaflet carried a picture of Osama bin Laden and mentioned the lynching of Mohammed Akhlaq, who was beaten to death by a mob in Uttar Pardesh in September last year.