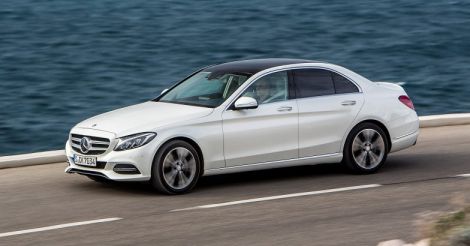 "With the introduction of the technologically-advanced new C 250d, we further bolster our position and are confident of continuing its unmatched success in India," Mercedes Benz India Managing Director and CEO Roland Folger said in a statement.

The company is already offering the C-Class in C 200 (petrol) and C 220d variants and is one of its highest-selling models in India.

The C 250d is equipped with the company's advanced transmission system, 9G-TRONIC, which is used in other higher-end models like the Maybach.

The new variant will be locally produced from the company's Pune plant.

"The overwhelming response for the new C-Class drove us to commence the local manufacturing of the C 250d simultaneously with its introduction in India. This key step is not merely a reflection of our localisation strategy, but also underscores our unsurpassed commitment of driving value for our customers," Folger said.

He further said the company is confident that the local production of the C 250d will create high customer interest with additional value proposition and increased availability.

The company plans to add 12 new products in its line-up this year to strengthen its position as the top luxury car maker by volume in India. It had sold a record 13,502 units in India last year compared with 10,201 units in 2014, a jump of 32 per cent.

It has already launched the GLE 450 Coupe and Maybach Guard.

Arunkumar is famous for having made many such small models, including that of the auto ‘Sundari’ from...