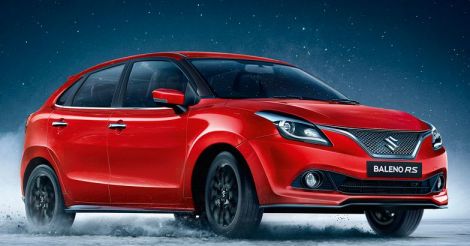 When Maruti Suzuki decided to roll out a power-packed version of Baleno in India, the company had to take the vehicle to the Buddh International Circuit in Greater Noida to put it to the test in the best way possible. Not that the hatchback that produces 100 hp of power has the ability to rival the cars of Formula One, but the point here is that it has achieved the quality to get tested on one of the fastest and highly exciting motor racing circuits in the world.

Power is the USP

Baleno RS, the sporty version of the premium hatchback, is powered by an all-new one-liter three-cylinder turbocharged Boosterjet engine, which produces 99 hp and 150 Nm of torque, i.e., 20 percent more power and 30 percent more torque than a conventional 1.2-liter four-cylinder engine.

With this smart move, the new Baleno could join the hotly-contested premium hatchback race. Undoubtedly, the Baleno RS can give the likes of Fiat Abarth Punto and Volkswagen Polo GT a run for their money.

The combination of two technologies testifies the company’s technical expertise: direct injection system and turbo charger, that are a rarity in regular petrol cars. These two features are responsible for the Baleno RS’s enhanced acceleration, performance and smoothness. This all-aluminium engine is arguably the most modern among the engines developed by Suzuki in recent times. Automotive journalists from across the country descended on the Buddh International Circuit ahead of the sporty Baleno’s eagerly-awaited launch. After completing all the speed track driving formalities, the scribes, equipped with racing accessories, were ready to get behind the wheels of the eighteen Balenos RS lined up for the ‘race’.

Upon completing the first lap, they all might have realized that the Baleno RS is not at all a cosmetically updated variant of the regular Baleno. The hatchback’s promise is that if you are ready to cough up Rs 1.40 lakh more, you can turn any road into a Formula One track!

The word Baleno means a sudden intense burst of radiant energy. The Baleno RS epitomizes the essence of the word. If the exteriors and other features are sleek and stylish, the overall sportiness of the car can be felt in each interior components.

The steering and the display panel sport an aesthetically-pleasing look. When you hit the accelerator, the vehicle flies in top speed. With a top-quality performance, the all-new Baleno did conquer hearts at the Buddh International Circuit as the drivers completed lap after lap without stopping at the pit stall.

The gear shifts are smooth and responsive. The engine is solid and breathes out power effortlessly. At one point it was felt that a 6-speed gearbox could have been a better option that the conventional 5-speed gearbox. The mileage promised by Maruti is a decent 21.5kmpl. Look-wise, the new model pretty much remains the same, but there are certain elements that help Baleno RS make a case for itself as a performance car that means business. Sporty front and rear bumpers, underbody spoilers, black honeycomb grill and alloy wheels and the special 'RS' badging at the back contribute to the car’s premium feel.

The use of black as the dominant color in the interiors adds to the vehicle’s masculine appeal. The sophisticated instrument cluster with Android and Apple compatibility is another highlight. In a country where the use of automotive sun-control film is completely banned, the Baleno RS offers UV-cut glass as an accessory to absorb harmful UV rays.

Seats are brilliantly supportive and well-designed to ensure ample comfort quotient especially for rear passengers. The cabin offers good legroom and storage space and the dickey is big enough.

The Baleno RS is available at an introductory price of Rs 8.69 lakh, costing about Rs 1.40 lakh more than the regular 1.2L petrol model. It indeed is a reasonable price for a performance car because as Maruti Suzuki claims in its advertisement, the Baleno RS is truly ‘made of speed’.