The memoir of a snowball 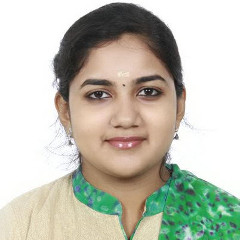 I turned 4.6 billion year old last December. It was too hot here in the Himalayas even during winter. I am cold-hearted, I freeze the mountains, I frighten the mountaineers, I push down avalanches. Yes, I am Ice. I am the snow that you admire. I didn't know human language during my childhood. My grandmother had told me that we came from some distant asteroid. I was proud because I gave life to Earth. So many people have walked past me. I slowly learnt their language. They talk about different emotions while climbing over the mountains - fear, excitement, anxiety, surprise and Love. A few decades ago, I heard them say about some warming. I laughed so hard at them, how can Ice warm you?! They must have surely lost their mind because of the tiredness.

One fine morning, I felt so uneasy. I felt I was losing my appetite, I felt so dizzy. I tried hard to keep my eyes open. I realised that I was melting. I couldn't hug the rocks. I flowed down the highest mountains, I hit rocks, I was still cold, but, I was not the same anymore. Slowly, I began to enjoy my journey. I saw trees, polished stones, animals and birds that I have never ever seen before. At one instance, I was taken into palm by a small child. I cleansed his face, I kissed his smile, I flowed down back to the river. I wished I could make the world happy like him. The more distance I went, I could sense the river getting narrower. I could not stop flowing when I saw the corpses floating on the surface. I was frightened. Ashes of rituals made me asthmatic, I must say. Flowers and garlands decorated me.

I reached the end of the river. I thought rivers flowed to the ocean. But, now I had reached a dead end. Cattle and birds were sleeping on the river bed. Their bodies were soiled. But, I saw human beings too sleeping the same way. Drought had killed them. I knew I would die then. Someone pulled me down. She said, "Come down, child." Mother Earth was pulling me down to the ground water level. May be she wanted at least to save me. I held her hand and went deep down. There was little water like a puddle beneath. But, I survived. My colour changed. I turned red, brown and black. After many months, I reached a well. A young woman pulled me out in a vessel. I was happy. Now I could quench her thirst or wash her face or help her clean the clothes. I wanted to help her because I had seen their kind dying. I wanted to give her a moment of life. Her face reflected in the vessel's water. Dark and beautiful, she seemed to be a princess to me. I was about to touch her hands. Alas, someone pulled her hair, slapped her and the vessel fell down. Her husband took her golden earrings away. She lay down over us, over me and the soil. If I had hands, I would have hugged her. Violence has killed emotions and lives. Now I tasted like salt. Her tears made me saline. How cruel humans can be!

I went down again to the ground level. After several months or may be years, I didn't count, I was unconscious, I reached the ocean. At last, freedom. But, something still bothered me. I didn't know what it was. Fish, aquatic plants, turtles, snakes and sea horses played around me. Sometimes, an octopus would wake up from the slumber and frighten other little ones. Sometimes, a hot gas, a lump of plastics, grease and oils would come down. For a while, it would be a suffocation. But, I got used to it. It's too hot. I can't bear the heat. Evaporation in my life cycle took me up to the clouds. I felt so soft and comfortable. I roamed around the sky. Bubbly cute clouds took shapes of elephants, Snowman, apples, tiger and so on. It was time to go back to mother earth.

I fell down. I kissed the leaf. It burnt. I rolled down to the soil. I burnt it too. I burnt down earth. I was a life-giver. Now, I am a murderer. I kill animals and plants. I burn down human beings. Violence has taken its form in me, in my elevated levels of hydrogen ions.

Life is an irony now. There is no life on earth today. Did I kill them? Or, did they kill me?