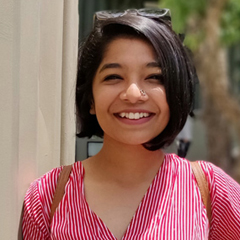 Food wars between communities, states, and countries are real, let's address it. While Tamil Nadu is at feud with Maharashtra over the ownership of a delicious bowl of Sambar, Orissa and Bengal is a step ahead in claiming their birthright over Rasgulla, by moving legally.

How did Achappam not find its way into the squabble yet? Achappam in Malayalam and Achu Murukku in Tamil might come across as a dish that belongs to the South of India, but wait till you dive deep into its diverse network. This crunchy goodness is both a snack and entertainment as we munch on it. A good achappam is brittle yet holds its shape and perfectly complements a strong cup of tea.

The Sinhalese 'Kokis' are identical, uses the same ingredients and follows the same cooking technique, something that Sri Lanka is said to have received from the Dutch community that ruled parts of the country long back. Now, time to question the transfer of ideas, do you think the recipe travelled from Sri Lanka to India or vice versa? It does not stop here.

Andhra has their eggless version they fondly call Gulabi Puvvulu, the Persian 'Nan Panjereh' sees the addition of rose water in the batter, and are made during Nawrus (Persian New Year). The Scandinavian Rose Cookies are dusted with powdered sugar and like the Nan Panjereh, is made with coconut milk. The process of altering a recipe with indigenous ingredients yet keeping the core of the dish intact is what food is all about, it is what has given birth to multiple cuisines around the globe.

Whatever said and done, we would accredit the mould - ‘acchu’, the technique and the ingredients which gave birth to ‘Achappam’ as God’s own country’s contribution to the world. But, is it Kerala's Achappam anymore?

(The author is a food blogger and culinary enthusiast.)