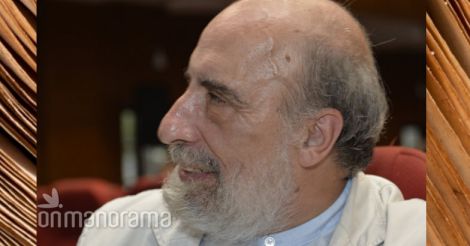 The first and final word to describe Raúl Zurita, the Chilean in his sixties, is 'poet'. His belief in poetry is such that when it comes to the choice of canvas to express his self, sky, literally sky is his limit.

Zurita published a trilogy of books (Purgatory, Anteparadise, and The New Life), wrote poems in the sky above New York City, bulldozed poems in the Chilean desert, and helped to form the art collective “Colectivo de Accion de Arte” that used performance as an act of political resistance during the dictatorship that lasted from 1973 to 1990. His poems have been translated to numerous languages and he has won several honours, including the Chilean National Prize for Literature. Zurita, who was in Kochi recently for a poetry reading, speaks to Onmanorama.

As we understand, Biennale is a celebration of visual arts. In other words, even poetry needs to be visual when it becomes an exhibit at a Biennale. It is said that we live at a time when everything has become visuals or visual sense is given more prominence than other senses. In such a situation, where do you position poetry?

Poetry is the base, the foundation of all other arts. Poem, as we have understood, is a possible form among many other forms. I think the poetry doesn't need to adapt visual forms because poetry in itself is a visual form. I'm not afraid that poetry will disappear in the form it exists now and will reappear in other forms. It's possible that poets today speak in visual forms. A visual poem could possibly be a poem of another kind. There's no conflict. I don't believe in the differences of genres.

What can we expect from you as the first artist of Kochi-Muziris Biennale-2016?

It (the art works) is an intervention, which will be both outside as well as inside the Biennale. I work with the word. And it will have to do with the word. That's all what I know for now.

You suffered all the tyrannies of a lifetime when you were in your youthfulness. (Zurita was arrested and assaulted by the dictatorship when he was in early 20s). Do those memories still haunt you or have you reached a point where you can look at those days as past that you don't want to remember?

The days of the military coup in Chile is the most painful days in my life. More than any other moment, I will always carry it with me. And everything I did after that had to do with that moment. It's just a matter of second between the moment you are a human and you turn a pile of broken flesh. So all of literature and history or art become sympathised in one second. Through that, I try to speak about love and hope.

The government machinery tortured you and in turn you committed violence on your own body (Zurita once tried to blind himself and burned his own cheek on another occasion). Was it necessary? How will you react if you find a youngster doing the same now?

No, that was not necessary. It hurts me when I see a young person hurts himself.

Can you say what exactly made you do such terrific acts?

I was desperate. It was a way of unifying with the pain of the collective, though I didn't know that at that moment. I only knew that I was desperate. 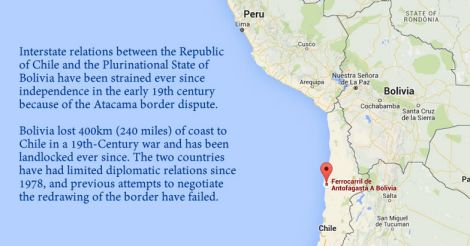 How do you look at the socio-political conditions of your country today?

You talked about inequality. It seems the distance between the rich and the poor is widening not only in Chile but in many other countries. What do you think is the solution to it?

Tell us more about Neruda because many of us consider him as our national poet. Some of our poets seem to be unable to overcome the hangover of reading Neruda. What's Neruda to Chile and you?

Neruda is more real than anything else to us. He is our Himalaya and the river Ganges. Canto General (1950) is one of the greatest works in poetry ever written. 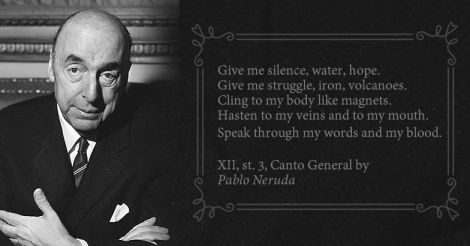 There was a controversy over Roberto Bolano, another great writer from Chile, claiming to be a victim of the militant regime of Pinochet. Have you noticed writers claiming to be victims of the Pinochet regime to enrich their profiles?

Bolano is a great writer. He didn't have to claim himself as a victim to gain recognition. Writers are everyday people who live with the lies, ambitions and contradictions of any other person. If he has claimed himself as a victim, it's the characteristic of any human being.

Can you speak a little bit about Chile's less known writers?

New Chilean poetry is very good. It's formidable. Hector Hernandez Montecinos is one name I wish to mention.

To conclude, what's poetry to you?