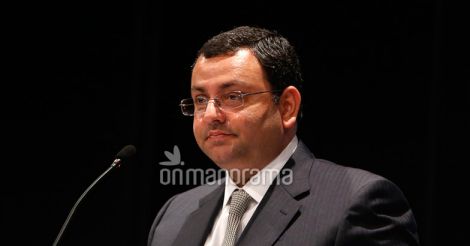 Mumbai: Springing to the defense of Ratan Tata, two retired group veterans - FC Kohli and B Muthuraman – on Wednesday rubbished as "frivolous and incorrect" Cyrus Mistry's charges that the patriarch wanted to sell TCS and his ego had inflated Corus acquisition cost, leading to the ousted group chairman partially retracting his remarks.

Mistry said he never stated that Tatas were wanting to sell TCS to IBM or any other company.

Within hours of the two coming out with strongly worded comments, Mistry said his statement on Tuesday was based on "information from sources who were close to JRD Tata who informed him that it was Ratan Tata's intention, and not the group's intention, to sell TCS".

While Kohli, the first chief executive of Tata Consultancy Services, said at no point did the Tata Group consider selling the crown jewel to IBM, Muthuraman said the USD 12 billion Corus acquisition was a well thought out decision and the price paid was only 50 million pounds higher than the next bidder.

In a late evening statement issued by his office, Mistry said he did not "say that the ultimate decision was not unanimous, but there were differences and reservations significantly, the fact that Corus was available for purchase at half the price in the recent past is undisputed".

A day after Mistry had claimed that Ratan Tata's "ego" led to "overpayment" for Corus, which was available for half the price a year before the deal, Tata Steel too came out with a strongly worded statement saying the acquisition was extensively deliberated and approved by the company board.

Debunking Mistry's claims that Ratan Tata had pitched for sale of TCS to IBM when he was heading the joint venture between the two firms, Kohli said the ousted chairman does not offer any timelines.

He said he had suffered a heart attack, claimed by Mistry, in 1984, whereas the Tata IBM joint venture was set up much later in 1991-92.

"Mistry's comments regarding the sale of TCS to IBM at some 'unspecified point in time' are not correct," said Kohli, widely considered as father of Indian IT industry. "At no point at that time was there ever an intention of the Tata Group to sell TCS to IBM," he said in a statement.

Muthuraman, who was the head of Tata Steel when the acquisition was made in early 2007, rubbished the Mistry's remarks of overpayment as "frivolous and unconsidered comments", saying he was surprised and very sad at "the speculative and biased views".

In a statement, he said: "The long term strategy of Tata Steel was well thought out after a lot of deliberation to grow the company through capacity expansion in India and internationally through inorganic growth.

"The overseas growth strategy was also to focus on accessing new markets through acquisitions, enhance the technology capability of the company and develop high end premium products."